Why Silence Matters in Movies 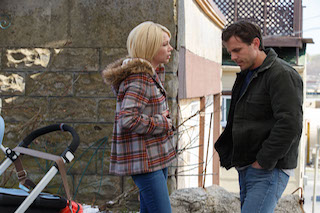 One of the most distinctive aspects of writer-director Kenneth Lonergan’s new drama Manchester by the Sea is the quality of its sound design. “Making a quiet movie is hard, because, as a sound designer, you want to infuse every scene with something more than dialogue,” said supervising sound editor/re-recording mixer Jacob Ribicoff. “But you have to resist that temptation and keep it quiet and let the performances speak for themselves.”

Manchester by the Sea has been winning glowing reviews and multiple awards, including five Golden Globe nominations, for its emotionally riveting story of Lee Chandler (Casey Affleck), a Massachusetts man who takes guardianship of his adolescent nephew, Patrick (Lucas Hedges), after the boy’s father dies.

Recently named Best Film of 2016 by the National Board of Review, the movie is a deeply poignant, unexpectedly funny exploration of the power of familial love, community, sacrifice and hope.

Ribicoff worked with Foley specialist Alchemy Post Sound. For the film’s sound team, the emotional weight of the story and Lonergan’s restrained direction posed unique creative challenges. Ribicoff, who served in the same role for Lonergan’s previous film Margaret, calls Manchester by the Sea a “quiet film” driven by character and dialogue and with sound cast in a delicate, but essential, supporting role. 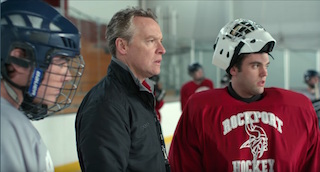 Ribicoff points to a scene near the end of the film where Lee is engaged in a tense conversation with his wife Randi (Michelle Williams). “They’re standing on a side street with cars going by in the background, so I came to the mix with traffic and wind,” he recalled. “But when we started to mix it, Kenny said, ‘No, let’s pare it down. I want to be with the characters and what they’re saying.’ There were some traffic sounds in the production track so I was able to focus on that and add just a tiny bit of air to the surround to give you that feeling of being outside.”

The Foley team, made up of Alchemy Post Sound Foley artists Leslie Bloome and Joanna Fang, and Foley mixers Ryan Collison and Nicholas Seaman, worked with similar restraint. Although they produced Foley effects used throughout the film, for the most part they were applied subtly and with care.

One scene where sound moves closer to the forefront involved a hockey practice. Lucas is engaged in a rough and tumble workout with his high school team when Lee arrives to tell him that his father has died. The cacophony that opens the scene, with skates skittering on ice, sticks clattering and bodies banging, suddenly dissolves into near silence. Lee and Patrick are seen from a distance; only their voices and not their actual words, can be heard.

To create the hockey sounds, Bloome and his crew dropped a 300-pound block of ice into a Foley pit. “Ice skating on a Foley stage is very difficult because the weight is very hard to cheat,” Bloome said. “People have tried knives on concrete but it doesn’t sell. Using skates on real ice makes the sounds we are trying to achieve more authentic. It’s one of the most intense scenes of the film.” 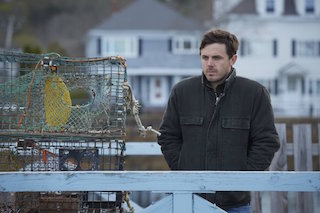 Working with real ice also allowed the Foley team to better match the emotional tenor of the scene, both the frenzied aggression of the opening segment and the more subdued tone of the later section when practice comes to a halt. “It’s important for the Foley to be performed with the right intention,” noted Fang. “You have to understand what the characters are thinking and going through so that you can produce sound that matches their experience.”

At certain points sound effects are used as a counterpoint to the heaviness of the narrative. They provide comic relief. In an early scene, Lee visits a funeral home and talks with the director while Patrick waits in the background playing with a coffin display case. “We needed to create a sound for the display that would be distracting and annoying,” recalled Collison. “Patrick is a kid who is going to do things like that.”

“Although the movie’s characters deal with some tragic, real-life situations, there are moments like that that bring out the absurdity of the sadness. They open things up and provide the audience with a little relief.”

Building a soundtrack for a movie that uses sound so deliberately can be more challenging than an action film with effects wall to wall, said Ribicoff. The sound artists have to be on top of their game and make every sound count.

In the case of Manchester by the Sea a little less sound made for a more eloquent film. “Silence is really important in this film and credit for that goes to Kenny and Jennifer Lame, the picture editor,” Ribicoff said. “When there aren’t a lot of sound effects and music, then the audience is thrown in there with the characters and they have to fill in the empty space with their own sounds, thoughts, and emotions. It forces them to connect with the story on a very personal level.”