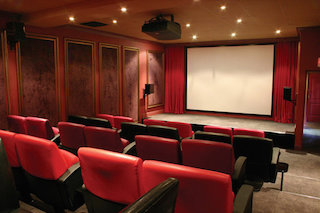 One of the hottest topics in Hollywood these days is Napster co-founder Sean Parker’s proposal called Screening Room. When I think of a screening room it looks something like the photograph that’s next to this paragraph. Apparently, when Parker thinks of a screening room, it’s basically my living room with a set-top box in it that I buy from him for $150. With that box I can then pay him $50 to save myself the trouble of driving to the theatre to see a first-run movie. The studios and most film directors are opposed. But a handful of directors and one exhibitor, AMC, reportedly support the idea. Many questions have been raised about the idea but mine is this: why not Netflix?

AMC and most major exhibitors have consistently fought efforts by Netflix to distribute first-run feature films. The most recent examples were Beasts of No Nation and the Crouching Tiger sequel. What makes the Screening Room proposal more appealing than simply working with Netflix?

Two days later Brent Lang wrote in Variety that director Christopher Nolan has come out opposing Screening Room, joining forces with James Cameron and his producing partner Jon Landau. Nolan told Variety “It would be hard to express the great importance of exclusive theatrical presentation to our industry more compellingly than Jon Landau and James Cameron did.”

In an earlier statement, Landau, speaking for the pair, said, “Both Jim and I remain committed to the sanctity of the in-theater experience. For us, from both a creative and financial standpoint, it is essential for movies to be offered exclusively in theaters for their initial release. We don’t understand why the industry would want to provide audiences an incentive to skip the best form to experience the art that we work so hard to create.”

According to many media reports, Parker’s proposal would include payment to exhibitors of $20 per title. Plus, Screening Room consumers would get two tickets to the same movie at a local theatre. Exhibitors remain skeptical and three major exhibitor groups – the National Association of Theatre Owners, the Art House Convergence, and Europe’s International Union of Cinemas – all released statements.

NATO’s read in part: “The exclusive theatrical release window makes new movies events. Success there establishes brand value and bolsters revenue in downstream markets. NATO has consistently called on movie distributors and exhibitors to discuss as partners release models that can grow the business for everyone. More sophisticated window modeling may be needed for the growing success of a modern movie industry. Those models should be developed by distributors and exhibitors in company-to-company discussions, not by a third party.” 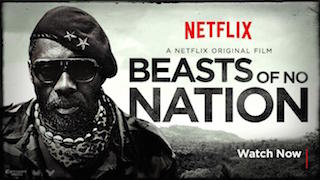 The UNIC said, again in part, “The vast majority of UNIC members will view the Screening Room proposal with great concern. The model as outlined seems to offer little benefit to cinema operators and their distribution partners, while representing significant potential risks.”

The Art House Convergence was the only exhibitor group to address one of the key issues that has been publically raised: how would payments to theatres work in practice? Their statement said, “The proposed model, as we have read in countless articles, suggests exhibitors will receive $20 for each film purchased. At first glance, an exhibitor may think it represents a small, but potentially steady, additional revenue stream. But how will this actually be divided among the number of theaters playing the purchased title?”

Art house theatres and mainstream movie houses have different economic and business models and often have different concerns. But they have many things in common. Independent theatres have selectively supported Netflix’s efforts to show its first run features on the big screen. That would seem to be a feasible way of filling the void of low and mid-range budget films that Hollywood is reluctant to produce.

Why AMC reportedly finds working with Sean Parker more appealing than working with Netflix remains to be seen. Neither AMC nor Parker returned numerous requests to be interviewed for this story.

Given the ongoing and valid concerns about the theft of content, Sean Parker seems like a curious partner for anyone in the movie business. He co-founded Napster with Shawn Fanning and John Fanning. Initially, Napster was envisioned as an independent peer-to-peer file sharing service and it operated from June 1999 to July 2001 when a court order shut it down.

Almost from the start, recording artists and other Internet content companies accused Napster of taking content that didn’t belong to them. “Napster hijacked our music without asking,” said Lars Ulrich, the drummer for Metallica, the band that filed the lawsuit against Napster that eventually closed it down. “They never sought our permission. Our catalog of music simply became available as free downloads on the Napster system.”

“Napster was a black market for music. Ninety-nine per cent of the music that people were downloading was illegal because they didn't have the rights for it,” said Chad Hurley, co-founder of YouTube.

The Screening Room proposal would seem certain to be a major topic of conversation when exhibitors gather next month in Las Vegas at CinemaCon. I suspect we have not heard the last of this idea.