Who Made Wonder Woman a Hit? 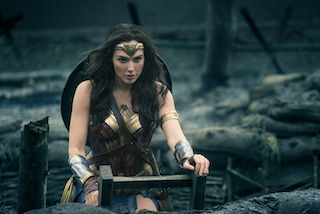 Wonder Woman's audience evolved in a similar manner as most blockbusters but with some trends notably magnified, according to an audience evolution report released by Movio. While the female and fifty and older segments of the audience generally grow over the course of a blockbuster’s run, Wonder Woman’s female audience nearly reached parity with the male audience by the third week.

This was presumably driven by the title character, the very strong reviews and word-of-mouth after opening weekend. It was aided by a larger than usual female share of the opening weekend audience. This trend is probably also responsible for the film's strong showing among infrequent moviegoers in the second and third weeks.

The film saw an increase in female moviegoers compared to other superhero franchise films:

Twenty-two percent of the people that saw Wonder Woman are infrequent moviegoers and see one to four films a year, compared to the average of 16 percent.