What is a Movie (Theatre)? 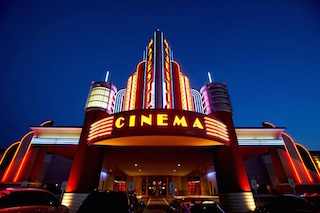 Am I alone in thinking that filmmakers and exhibitors have embraced the digital cinema transition with more enthusiasm, creativity and intelligence than the Hollywood studios? Given that Hollywood started the drive to digital, that would be incredibly ironic. I ask this because, last week in Vanity Fair, Nicole Sperling wrote a fascinating article about the current debate apparently raging in Hollywood over the question: what is a movie? But the article raised a different question for me: in the second decade of the digital cinema era, what is a movie theatre?

As for the question of what is a movie, the real issue seems to be that the Netflix film, Roma, had the audacity to win the Academy Award for Best Picture and how dare they. Hollywood’s bigger problem is that each year the studios make fewer and fewer films while Netflix, Amazon and other streaming companies spend billions of dollars on new content.

While I find the attempt to define what a movie is absurd, most of the people in Sperling’s article agreed that a movie should be at least ninety minutes long. The current Academy minimum is forty minutes, which makes sense to me, especially when you consider that Buster Keaton’s masterpiece Sherlock Jr. is forty-five minutes long and remains one of the greatest films of all time? To call it irrelevant because it was made in the silent era ignores the fact that it currently scores 94 percent on Rotten Tomatoes for critics, 95 percent for the public. 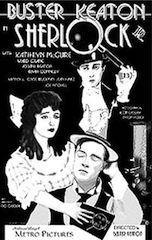 For those who would scoff at the notion that the real issue is the competition from streaming companies in general and Netflix in particular, consider what one studio executive, who of course declined to share his name, told Sperling: “Netflix is to the industry what the drug companies are to Congress. No one wants to bite the hand that feeds them.”

Sperling’s article addresses the issue directly. As Exhibit A she points to “Martin Scorsese, who is currently prepping his upcoming film The Irishman—which will likely be the next touchpoint in the battle to get Netflix to seriously invest in the theatrical movie business. The 76-year-old filmmaker has been passionately preserving film reels for decades, but Netflix was the only studio that would cough up $125 million for his epic gangster film starring Robert De Niro, Al Pacino, and their digitally youthened faces.”

In the article, Gianluca Sergi, a professor at the University of Nottingham, stressed the importance of a movie theatre to health of a community and to society at large. “Almost every country right now has a fundamental issue of a lack of social cohesion and a lack of opportunities where people can remind each other that, fundamentally, we love stories,” he said. “We love laughing; we love crying; we are not aliens here. If you remove that element, if you say, ‘Cinema can die, it’s not a problem, we can still watch films online,’ what you are doing is, you’re removing the social contract—and you do that at your own peril.”

You don’t have to paint a picture as bleak as The Last Picture Show to understand that communities lose something of great value when the local movie theatre goes out of business. Exhibitors are doing everything imaginable to remain relevant in the digital cinema era. 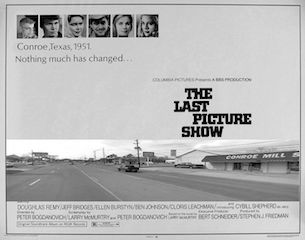 Prior to the advent of digital technology the typical movie-going experience bore a sad resemblance to the typical airline experience: customers, tickets in hand were quickly ushered through spaces designed for efficiency not comfort, offered a limited selection of overpriced snacks, ending up in uncomfortable seats. And, when the movie (flight) was over, they were just as quickly ushered out.

Happily, those days in movie theatres are long gone.

Thanks to ongoing advances in digital cinema technology, the exhibition business is being transformed and your local movie theatre is rapidly becoming many different things: an entertainment complex and community center where patrons are encouraged to see a movie and then linger to enjoy a meal in a nice restaurant, have a drink in a comfortable bar, or go bowling. And these are just a few of the possibilities.

Increasingly theatres feature auditoriums that have stadium seats that are as comfortable as anything you have at home and, in some cases, are more comfortable. Other theatres have seats that move in perfect coordination with what’s happening on the screen and have effects including water spray, vibrations, scents and more. Exhibitors are experimenting with a growing range of entertainment options including eSports and games. Event cinema continues to grow and each year adds new categories to the mix.

Increasingly, theatre owners are transforming their businesses to cater to the specific needs and wishes of the people in their local community. There is a lot of trial and error going on in this era. Some things will work, some won’t. This transformation has been driven by digital cinema technology, and the resulting increase in business – business often not directly tied to Hollywood feature films – shows no signs of easing soon. 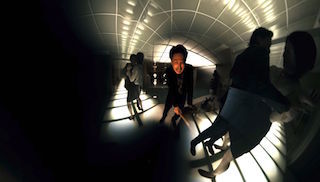 Filmmakers are embracing new technology as well and film festivals are encouraging them every step of the way. The Tribeca Film Festival, which ended in New York earlier this month, had a separate program for films that incorporated virtual reality. One film in particular stood out.

Seven Lives from filmmakers Charles Ayats, Sabrina Calvo, Jan Kounen, which had its world premiere at Tribeca, uses VR to tell the story of a young Tokyo woman who jumps to her death in front of a subway one June rush hour. As her soul rises from the rails, the witnesses are all in shock as the scene revives painful memories they never overcame.

I’m not suggesting that every movie should contain VR scenes or even that VR will become mainstream. My point is that filmmakers and film festivals are also experimenting with a wide variety of possibilities and VR is just one.

As for the question, what is a movie theatre, I would suggest that at this particular moment no one knows. What your neighborhood theatre will look like in another twenty years is anybody’s guess. But I believe strongly that people will still want to go there regularly because there is really nothing quite like the experience of sitting in the dark with a large group of people and watching a good movie with great sound on a really big screen.