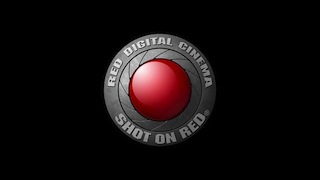 As has been widely reported and even more widely discussed online, yesterday in a post on the Red Digital Cinema website founder Jim Jannard announced that, “I have finished my mission. I will no longer be the face of Red.” He said he has finally become fed up with all his online critics who accuse him of being “a hypester, a scam artist. I just have to wonder what these guys are smoking. But I have to say... they have gotten to me. I don't need this. I don't deserve this. Life is short and I am tired.” Red president Jarred Land will continue to lead the company and, presumably, become the public race of Red. The question now is, what will happen to Red?

The short-term answer is easy. The company recently announced its new Dragon sensor, which it claims supports 6K resolution, roughly ten times that of HD and will be highlighting it at the IBC show in Amsterdam next month And there is no questioning the impact that Red Digital Cinema has had or the success it has enjoyed. In his final post (which is included below in its entirety) Jannard lists some of the major feature films shot with a Red camera but they include The Social Network, The Girl with the Dragon Tattoo, The Hobbit and The Great Gatsby.

But the long-term answer to that question remains and while there are exceptions the fact is not every successful company can survive the loss of a creative and charismatic founder. It could never be denied that Jannard and Red Digital Cinema were flamboyant and controversial. Even some of its most ardent supporters have issues with the technology. 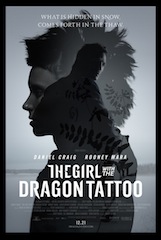 Jendra Jarnagin, who recently used a Red MX to shoot the independent feature Molly’s Theory of Relativity, and was one of the first to ever use the camera on a project, is typical of how many cinematographers feel about Red. “I’m not a fan girl for the Red,” she told me when I interviewed her about the making of that film. “You still need to be concerned about the highlights. Sometimes you’re fighting the limits of the camera’s dynamic range. I love the Red mostly for what it has done for the community.” She says the introduction of Red forced other camera manufacturers to compete better in the independent filmmaking market. “It’s not hyperbole to say that [Red founder] Jim Jannard changed the world,” she said and she still believes that the Red offers “the best value” overall among available digital cinema cameras.

But the digital cinema camera landscape keeps changing and dramatically so since Red burst on the scene in 2006, a lifetime ago in technology. And most recently it has been companies such as Blackmagic Design and Canon that seem to be driving much of the change.

One of the biggest hits of NAB 2012 was Canon’s EOS C500 cinema camera, which capitalized on the groundbreaking ergonomic design of the EOS C300 camera. At this year’s NAB Blackmagic Design captured a lot of attention with its new digital cinema camera. Both are competitively priced and both, fittingly it seems, take Canon lenses.

As I rode down in the elevator following the lavish penthouse party that Canon threw after that 2012 press conference to unveil the EOS C500, I was joined by the head of the professional movie camera department of one of the country’s best-known equipment sellers who told me, “This camera is a Red killer.” 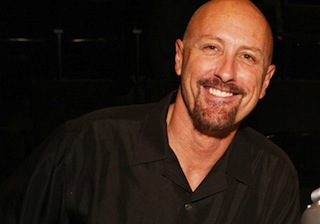 Here is the full text of Jim Jannard’s post:

I started Oakley with $300 and then proceeded to put over 5,000 people to work in California. Against all odds, we passed RayBan in worldwide sales in 1996. I am so proud of what we accomplished at Oakley. Inventions wrapped in art. Thermonuclear Protection. I actually had an impeccable reputation every day from start to finish.

In 2005, I could see that the powers that be (Sony, Arri, Panavision) were going to attempt to persuade the film industry that 1080P was going to be the digital replacement for film. The F900, F23, Genesis, D20. I did not agree. As a film fanatic, I knew that digital would replace film, but I wanted that replacement to be respectful to film. 1080P or 2K was not respectful.

So at the end of 2005, I made the decision to start Red. The idea was to make a 4K digital camera. My thought was to create a film alternative that actually was the equal or better to film in every aspect. Send film to the retirement home proud of what we had done.

Now... replacing film properly is no easy task. It is about resolution, dynamic range, color, ease of use, cost to shoot, post options... quite a lot of stuff. We accepted the challenge.

In 2006, we announced the Red One. 4K for under $20K. That was quite shocking. Sony's digital cinema cameras were $200k+. Apparently shocking enough that I almost got into a fist fight with Geoff Boyle in the aisle of NAB where he questioned why we would "scam" people into giving us $1000 deposits for a product that could never happen. Scam? This is the 1st time anyone had ever questioned my integrity. Ever. In hindsight, I wish I would have pulled the trigger. Maybe I'll get the chance one day. Actually... I look forward to it. (furrowed eyes here)

At that NAB in 2006... we also declared Obsolescence Obsolete. We talked about upgrades instead of having to buy a new camera every time there was some new technology advancement. This concept was new. I had never seen a company do what we were talking about. I still haven't. The question is... could we really do this?

We released the Red One with Mysterium sensor... 4K for $17,500 in 2007. It recorded 4K RedCode to a Compact Flash card! The only way we could do that was through incredible compression technology. Ché and Knowing were shot on this camera.

Our color science improved on a continual basis. We upgraded firmware for free... as we should have.

Then... we developed the next generation sensor, the Mysterium-X. We offered this sensor as an upgrade. You didn't have to buy a new camera, just send your camera in and pay for the upgrade. As far as I know, this was a first in the entire camera world. Obsolescence Obsolete was alive. Several more features were shot on the Red One MX, including The Social Network, The Girl with the Dragon Tattoo, The Informant and many others.

I should mention here that there were many color science and feature upgrades... for free. Again, what company ever offered that?

Enter the Epic. As promised, Obsolescence Obsolete continued. Trade in your Red One for full price value towards an Epic. I defy anyone to find a program on any electronics product in any industry like this one. Your "old camera" just became a "new one".

Epic is legendary. The amount of projects shot on Epic will go down in history. The Amazing Spiderman, The Hobbit, Prometheus, The Great Gatsby... the list is too long to type.

So what next? The Dragon.

The Dragon is an Obsolescence Obsolete upgrade. More resolution. More dynamic range. More color depth. And it is an upgrade.

Somehow... I read on CML and other idiotic forums, that I an a hypester, a scam artist. I just have to wonder what these guys are smoking. But I have to say... they have gotten to me. I don't need this. I don't deserve this. Life is short and I am tired.

I can only hope that the incredibly stupid posts from people like Geoff Boyle and Art Adams (many other CML posters) do not in any way taint the work we have actually done.

With the release of the Dragon sensor... I have finished my mission. I am done posting. I will no longer be the face of Red. Mercifully, Jarred will take my place and he is worthy times forever. Jarred is me... only 30 years younger.

I have done my best. I saw a fatal flaw in the camera industry. We did our best to address it.

I will now sink into the background, I hope with my reputation intact. I will work on the future of digital cinema... behind the scenes.

God love us all.