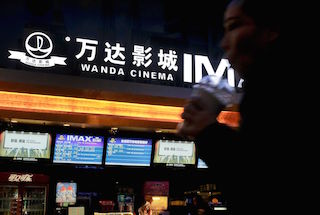 Wanda Film Online held a 2019 annual performance briefing on May 9 where it was announced that the company plans to open as many as seventy new theatres by the end of 2020, according to a report in The Guardian.

Talking about the impact of the COVID-19 epidemic, Liu Xiaobin, the executive president, pointed out that the growth rate of the national screen in recent years is higher than the growth rate of the box office, and the theater industry generally has greater operating pressure. In the past two years, a small number of small and medium theaters have closed stores.

The Guardian also reported that Wanda Film president Zeng Maojun said, "The company will open 50-70 new cinemas in 2020. In the future, it will adopt two models of self-built and management output to expand the company's market share."

Last year, Wanda Film had 11 theaters that failed to achieve performance and were closed; 10-20 will continue to be closed this year. As of the end of 2019, Wanda Film held more than 600 theaters.