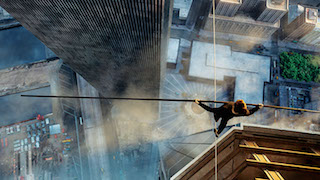 The Walk feature film, Atomic Fiction’s digital recreation of 1974 New York City—complete with hot dogs steaming on a vendor cart—earned the praise of critics who proclaimed the movie “a visual spectacle” with effects “so grand it’s easy to forget you’re watching a virtual 100 percent CG-created world.” Less visible but equally important to filmmaker clients is the studio’s behind-the-scenes production artistry. Marc Sadeghi, president of Visual Effects at Atomic Fiction said, “By combining the power of technology, the creativity of passionate artists, and a collaborative approach to working with filmmakers, we’re able to overcome the challenges inherent to VFX production. As a result, we can satisfy both the VFX appetites and production deadlines of our clients.”

Shawn Wallbridge, head of systems at Atomic Fiction, acknowledges that on the technology front, his team faces the same pipeline-performance issues that beset every studio. But an Avere-accelerated storage infrastructure helps keep Atomic Fiction artists working productively, even during peak workloads. “Using Avere technology for NAS acceleration, we gain performance to meet deadlines and deliver the highest-quality VFX,” he said. “We maintain millisecond responsiveness to artist desktops versus the slower performance of traditional high-end storage arrays.”

The Atomic Fiction portfolio includes Oscar-nominated films Star Trek Into Darkness and The Lone Ranger, the Emmy-nominated Cosmos: a Spacetime Odyssey television docuseries, and most recently, the Star Trek Beyond and Deadpool productions. For its work as the primary VFX vendor on Sony Picture Entertainment’s photoreal film, The Walk, the studio earned three Visual Effects Society nominations.

During The Walk project, an Atomic Fiction team of 120 artists developed approximately 250 shots for nearly 40 minutes of film. Atomic Fiction System Administrator, Patrick Cardin, says that workload pushed the limits of the studio’s existing storage infrastructure. “During peak production, particularly when we were running The Foundry Katana renders and other high-end jobs, responsiveness to artist desktops nearly came to a halt. In a video scrubbing process, for example, the system could take several to as many as 30 seconds to change a frame.” 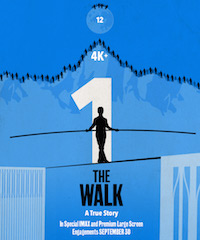 Although plans were already in place to expand the studio’s storage infrastructure, Cardin said pressing deadlines dictated a more expeditious solution. “We needed to immediately accelerate performance and do it without disrupting crunch-time work.”

“Within three days of taking delivery of the Avere solution, we had it running in production,” continued Cardin. “The impact was instantaneous. An automated process previously set up to track slow-performance alerts became irrelevant—from the moment we put the Avere in place, the alerts stopped. User complaints dropped off immediately, and we experienced no further I/O bottlenecks for the remainder of the project.”

“It would be hard to overestimate the critical role Avere played in the studio’s ability to deliver the visual impact and spectacular VFX that were the director’s goals for The Walk,” said Walbridge. “Deploying the Avere Edge filers in front of our existing NAS, we gained an immediate 3-5X performance boost. With response time back to milliseconds, artists were able to deliver the required image detail and photorealistic environments within the project’s aggressive deadlines.”

“If we can reduce latency by even just five percent, that’s a huge savings across 155 artists and over the course of such large feature-film projects.”

“We considered buying a faster NAS array,” added Cardin. “But data transfer would have been a bottleneck. Setting up a new storage array and moving 60TB of digital assets from our production system would have taken up to a month to complete. And the copying processes would have exacerbated performance problems. Avere really was the only workable solution to achieve the required performance levels in time and without disrupting artists and production systems.”

The Atomic Fiction team says that Avere offers very cost-efficient NAS acceleration, contributing to the studio’s ability to deliver VFX for A-list films. Wallbridge said, “Achieving an equivalent performance increase with a traditional array would have cost twice as much. In contrast, Avere lets us deploy and maintain less infrastructure, as well as make better use of existing investments. As we build out our NAS footprint, we can use lower-cost disk and continue to utilize older capacity for lower-priority jobs or archiving.”

The Avere global namespace simplifies administration by making it easy to join all of the studio’s capacity into a single file-system namespace that can be accessed from any mount point. “Moving project data off primary storage used to take days,” said Cardin, “and we had to do it over a weekend to avoid disrupting production. Now the process is fast and seamless, so we can move data even in the middle of a workday.

We’re also heavy users of the integrated Avere analytics. The graphs provide performance visibility across all of our storage, and we don’t have to spend time installing and managing another set of tools.”

“Filmmakers come to Atomic Fiction because of our ability to combine VFX artistry and a smooth production process that delivers results as expected,” said Sadeghi. “Avere is an important element in that equation, allowing us to deliver more performance on less infrastructure. That helps keep costs down while allowing artists to work at peak productivity to bring the client’s vision to life.”