VW Goes Up! On Cinemas 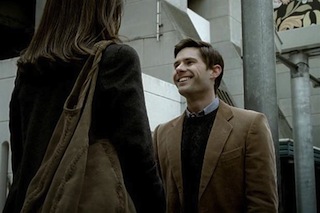 Volkswagen has released a cinema campaign for its Up! city car, and is making use of Digital Cinema Media's geo-location tool to direct viewers to their nearest dealership.

The VW spot tells the tale of a tall woman looking for love, who is surprised when the only man big enough for her turns up to their date in the compact-looking VW Up!

The cinema campaign has 82 different end frames that change from cinema to cinema, and direct audiences to their nearest VW dealer. The campaign makes use of the technology DCM provides to allow brands to tailor messages to local audiences.

The outdoor clothing company Berghaus was the first brand to use DCM’s geo-location tool when it was made available in October 2013, releasing a campaign with 22 different end frames.

The DCM tool allows for up to 300 different end frames, though the service costs the same regardless of how many there are.

Adam & Eve/DDB created the Volkswagen campaign, which first aired last April. The creatives behind the campaign were Feargal Balance and Patrick McClelland. Chris Palmer directed the spot through Gorgeous.

Silke Anderson, the communications manager at Volkswagen UK, said, "Volkswagen already has a strong relationship with cinema, through our See Film Differently partnership, which is now well known in independent cinemas across the UK.

"The local targeting capabilities now available have offered us unprecedented granularity for our Love up! campaign, targeting audiences in specific geographical regions and directing them to their nearest retailer."