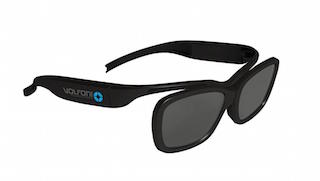 I’ve been thinking for some time now about how to issue a new press release regarding the same old boring story about the never-ending lawsuits taking place between RealD and Volfoni, being totally clear and transparent so that everyone understands my words and the situation without making it too technical or using patent jargon that no one is going to understand. I consider at this stage it is important the communication is clear and straight.

Do you remember RealD’s press release during CinemaCon stating they had won [a court victory] against Volfoni the day after we had just launched our own press release about a new collaboration between Volfoni and one of the biggest exhibitors worldwide? Well, they simply wanted to create some confusion by talking about the pending lawsuit that took place in September in Dusseldorf, Germany (much later than the CinemaCon tradeshow) as the majority of their biggest contracts are about to expire in the coming years. I suppose they might be really scared. It makes sense as they have a lot to lose.

The initial results from this lawsuit were given a few weeks ago, and Volfoni has preliminarily lost three of the lawsuits (EP2067066, EP2469336 and EP2846180), which was completely expected at this initial stage, so there were no surprises.

The reason for this initial loss is because Volfoni’s appeal and hearing against the validity of patents EP2469336 and EP2846180 wasn’t taking place until after these lawsuit proceedings, so Volfoni had absolutely no possibilities to invalidate these two patents before the lawsuit process, which took place in September. 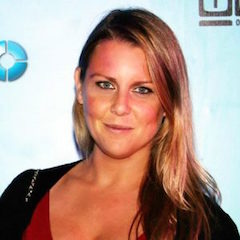 Moreover, these lawsuits only relate to Volfoni’s first-generation high-efficiency products and also this ruling only applies in Germany, therefore the rest of the world (excluding the USA until the situation becomes clearer) remains completely unaffected by this preliminary ruling.

Have you heard about the story of David versus Goliath? In that story, in the end David managed to overcome Goliath’s abuse of strength and power.

Volfoni will keep on investing in the best technologies for the 3D market (which by the way will result in some new products being ready for the beginning of 2020) as David did on his weapons to finally beat Goliath. We will work as hard as possible until we can put an end to this unjust competition on the market from which everyone is already tired and which is seriously jeopardizing the 3D industry.

Please expect to read all sorts of exaggerated and confusing press releases in the coming days from other third parties similar to the one launched during CinemaCon.

From our side, we will continue communicating in the most transparent and sincere way possible so that all of our customers have the correct information and know what’s happening at every moment.

Araceli Vaello is the Chief Commercial Officer of the Volfoni Group