Viewing 4K and UHD in an HD World

At the 2013 National Association of Broadcasters the founders of Archimedia were looking for what the media industry needed next. We were surprised to see a lot of poor video in the booths of the world's best manufacturers so we asked them why? We were told that it was because at a trade show, they needed players for all formats and all kinds of displays, and there wasn't one.

JPEG2000 was particularly problematic. So we made what we called then the Reference Player. The idea was to give customers a reference player so they could see their best video, on whatever display they had, looking the best it could. That's why we found the best SDI card we could trust, and made a player that could simultaneously play a TV in native TV mode, i.e., at the video frame rate full-screen as opposed to just extending the PCs desktop sRGB 60 HZ to an external monitor.

Later in 2013 we changed the name to Master Player because our market grew to include mastering operations and quality control, as opposed to Reference Player's smaller technical engineering users. We took six key decisions about our roadmap:

1. We started making the computers optimized to run our software. The components are available to anyone. That's important for someone who can't import a USA-made PC for local reasons, but configuring a PC to play demanding media formats frame-accurately is difficult and takes special expertise. Most of our customers began buying the pre-made PCs, and we called them Workstations. 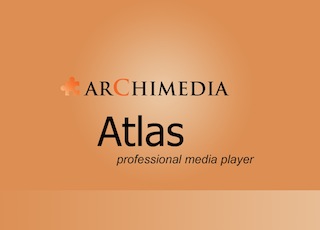 2. No OS X version, since we can't make Apple computers and can't be certain how they'll behave, especially under the hardware demands of JPEG2000 decoding. We don't rule it out forever, but Apple users are constrained to mostly ProRes anyway so they don't have the multi-format issues that most people in media have.

3. No compromises in accuracy. Our SDI cards are not the most common (read cheap) because they have to process video without draining the PC's resources, and without rounding off bits. Our player prepares all the audio and video and captions for frame-accuracy before showing them to you. The skin looks easy to use, like Windows Media Player or QuickTime Player, and it is easy, but the necessary highly technical options are there in right-click Options where experts can make the configurations they need to "know when it's right."

5. We would play every format we can find except camera RAW files because they need de-Bayering to be useful on normal displays. We may one day, but we're still trying to understand why you would want to use our player if the camera already supplies one? What are you looking for?

6. We're committed to IMF because it has the potential to benefit the economics of video for everyone. We're active on the SMPTE Committee and attend all plugfests.

Following our initial success, we grew a sales team, revamped our website, and exhibited Master Player in the NAB 2014 Startup Loft with support for compressed audio and captions/subtitles. Master Player now supports every format we can find including 4K/UHD, High Dynamic Range, and with the right computer High Frame Rates too. We incorporated the FFmpeg decoder so it will play everything down to the smallest mobile device camera video, with our proprietary professional-grade scaler so any format can play perfectly in SDI and TV's. So now the name Master is losing its meaning.

For IBC 2014 we decided the player is essentially mature now, and it was time to develop the next step. We showed a concept at IBC and learned that we're on a good path. So we renamed the player Atlas because it will be the heavy-lifter video player engine. Our next story will be about Iris, the messenger of the gods who links them with humanity. IMF will be key in Iris's story, but that's the next story, and that's why we wanted to get the Atlas story chronicled in Digital Cinema Report.

I think the Atlas story is about the personal touch that Archimedia has with its users. We started our website with an online store so people could buy Reference Player as a credit-card download, but no one used it. If the free player in the PC OS worked, or open-source VLC worked, or the player that came with an editor worked, people went about their jobs. But when they needed a player made for professional needs, they also needed to talk to us about those needs. Operators needed training on how to use this new kind of player, without too much tech-speak. Engineers needed support designing the wiring and display types for this new kind of player. Apple or Microsoft couldn't have done it for this idiosyncratic industry; it had to be veterans with experience of the realities of media businesses.

Josef Marc is the Co-founder and Chief Marketing Officer, Archimedia

[Editor’s Note: This article was published in co-operation with the Society of Motion Picture Engineers and is used with their permission. A longer and more detailed version was presented at the SMPTE Annual Technical Conference and Exhibition in Hollywood, October 2014 and can be found on their website http://www.smpte.org.]