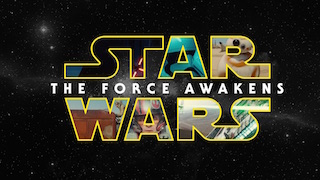 A film like Star Wars: The Force Awakens comes along once in a very great while.  With the support of Veezi, independent theatre owners were able to participate in the film’s phenomenal theatrical performance incident-free, the company says.

Veezi is a cloud-based SaaS product designed and developed specifically for the small circuit market by Vista Entertainment Solutions.

Veezi noted a 230 percent increase in online transactions for their customers from November to December 2015, a direct result of the film’s phenomenal performance.  Meeting this need, Veezi provided increased computing resources to its customers for this cinematic event with no outages recorded and with no additional costs.

“We were excited and a little bit anxious as the release date for Star Wars: The Force Awakens approached,” said Matthew Preen, Veezi’s worldwide general manager.  “Our infrastructure management team anticipated what the increased demand would be and how best to enable our customers to meet it.  That preparation resulted in a flawless performance, no outages at all. That’s a testament to the efficacy of our cloud-based theatrical management system and another explainer of the product’s phenomenal global rate of growth.”

“Veezi always provides 24/7 technical coverage,” Preen continued, “but really upped the ante and had a significant increase in on-call staff ready to jump in to fix issues at a moment’s notice.  Personnel in Los Angeles, London and New Zealand were mobilized and nothing happened.  A great anti-climax if ever there was one.”

“The performance of Veezi reaffirms our decision to develop the product as a cloud-based SaaS solution,” said Kimbal Riley, chief executive of Vista Entertainment Solutions.  “Independent theatre owners find themselves in an increasingly competitive environment and we’re thrilled that Veezi’s performance on one of the highest grossing films in cinema history was flawless.”