Using Sound as a Storytelling Device 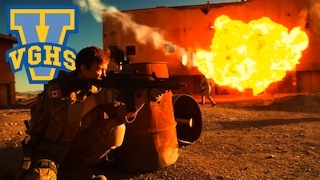 "We encourage thinking creatively about sound and visuals as storytelling tools from the beginning," he says. "We’re looking for filmmakers who are doing interesting things with storytelling with sound and don’t necessarily have the resources.”

Now in its second year, the Dolby Institute has turned it focus to web-based productions. As one example, Dolby recently collaborated with Collective Digital Studio and Rocket Jump Studios on the highly anticipated third season of Video Game High School.

Created by Freddie Wong and Matt Arnold, VGHS is considered one of the most successful made-for-digital original franchises, garnering more than 84 million video views from its first two seasons and backed in large part by its die-hard fans, who contributed to various Kickstarter and IndieGoGo crowd-funding campaigns. The series is produced by Collective Digital Studio and Rocket Jump Studios.

For the third and final season, which premiered on Rocketjump's YouTube channel and other electronic sell-through platforms in October, Dolby provided sound design and mixing services in order to ensure that the 5.1 surround-sound production was on par with even the most ambitious feature films and television series. 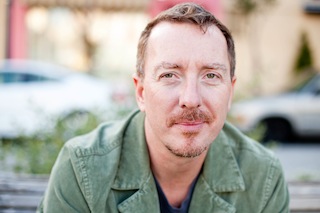 There has been a sharp increase in the visual quality of made-for-digital productions, as creators incorporate more sophisticated cameras, lighting, and effects in order to deliver motion picture–quality results. The VGHS collaboration is part of an ongoing Dolby initiative to educate digital filmmakers on how to easily and efficiently incorporate high-quality sound design and multichannel audio into their made-for-digital productions, so that the audio quality can keep pace with the visuals.

“Audiences are consuming digital content on an ever-expanding array of devices and services that support multichannel audio, including large smart TVs and video game consoles, and also on mobile devices,” says Kiser. “As a result, made-for-digital content is sitting alongside more traditional media, and for certain genres—such as action, sci-fi, and horror, where audio is such a crucial storytelling device—it’s critical that creators meet the audience’s heightened expectations concerning quality.”

“We’re excited for our viewers to experience the explosive action sequences in the final episodes of VGHS that will be heightened by the strong sound dynamics powered by Dolby,” says VGHS creator Freddie Wong.

In addition to VGHS, Dolby has collaborated with notable digital filmmakers including Michael Gallagher and Corridor Digital to incorporate multichannel audio in select productions. Dolby has formalized the Made-for-Web Audio Program, and will identify up to a half-dozen new, high profile projects from premium content creators for collaborations through 2015. The Made-for-Web Audio Program is part of the Dolby Institute, Dolby’s initiative to educate and inspire content creators on the creative use of sound and picture as storytelling tools.

All too often, sound is treated as an afterthought—something to be considered only once a film is shot, once the animation for a game has been produced, or once an app is developed. The Dolby Institute's goal is to help artists, think critically about sound throughout the creative process.

The Dolby Institute in partnership with Corridor Digital has produced and launched the first installation of a series of videos to help educate the made for web community with an introduction to Do it Yourself Foley. http://youtu.be/sOOusLtr6NQ

Kiser was chosen to head up the Dolby Institute when it was founded. Prior to joining the institute he was for many years the head of Skywalker Sound. He calls himself “a casting agent for talent.”

Over time, the Dolby Institute will develop educational programming aimed at a broad range of content creators, whether you're making a film, mixing the sound for a sporting event, or designing a new mobile app. It will also create forums to bring artists and scientists together to discuss the future of entertainment and how we can all put technological advances in the service of great storytelling.

Kiser says the ultimate goal is to help filmmakers in all genres “tell their story in a creative way. At its core, it’s really about storytelling, about using sound as a storytelling device.”