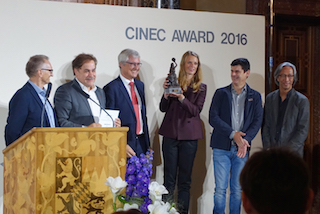 Transvideo has received this year’s Cinec Award for its Starlite HD5-Arri monitor-recorder in the category of Camera Technology/New Digital Capturing Tools. The Cinec Award is a unique prize for outstanding achievements and innovations in the fields of motion-picture technology and post-production. 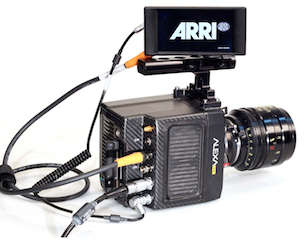 The Starlite HD5 Arri is just one of a series of innovative high technology monitor products from the French manufacturer Transvideo. They have raised the role of the monitor to become a multi purpose unit capable of recording dailies and metadata, and generating PDF reports. The Starlite HD5-Arri goes one step further by adding the facility to control key camera functions from the touch screen interface of the monitor directly for the popular Arri cameras Amira and Alexa-Mini. Constructed from aviation-grade aluminum, the rugged StarliteHD5-Arri monitor is the size of a Smartphone and weighs less than 200 grams.

Jacques Delacoux, CEO of Transvideo and sister-company Aaton Digital said, "We are very honored to receive a Cinec Award this year. This award is a direct result of the hard work put in by all the team at Transvideo, who continue to innovate and bring exciting new products forward. This is an important achievement for us and we are proud that the Starlite HD5-Arri is receiving this great industry recognition. It is the third Cinec Award received by our group, one in 2010 for the CineMonitorHD-3DView and its stereoscopic tools, the other for the Aaton-Digital Audio recorder CantarX3 in 2014 and now this one."