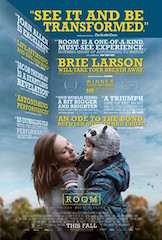 For film producers, an Academy Award can be worth much more than its weight in gold. Based on box office sales over the past five years, winners of the Academy Award for Best Picture averaged $10.3 million in additional box office sales following their victory. In comparison, nominated films that failed to win the Oscar generated an average of $3.9 million in box office receipts following the awards, which is $6.4 million less than their winning counterparts. However, studios, producers and actors need not walk away with any Oscar hardware to achieve massive financial success. While they may not always secure the Oscar, films with relatively smaller budgets benefit from higher profit margins upon nomination. After Room was nominated for Best Picture in the 88th Academy Awards, the number of theaters screening the movie more than quadrupled, increasing from 198 theaters prior to its nomination to 862 after the announcement.

Movies that secured a Best Picture nomination from the 2010 to 2015 award seasons had an average budget of $45.6 million and total gross box office sales of $98.9 million, representing 53.9 percent gross profit from box office sales alone. Comparatively, IBISWorld analyst Nick Petrillo estimates that the Movie and Video Production industry as a whole earned $34.1 billion in 2015, with an average profit margin of 14.8 percent, including post-box office DVD and streaming sales. 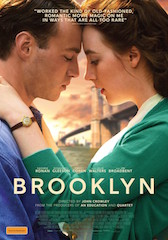 How do this year’s Best Picture nominees stack up compared with nominees from the past five years? In terms of sales, The Martian represents this year’s most financially successful nominee at $228.3 million in gross box office sales.

Only American Sniper, Gravity and Inception generated greater sales in the past five years, although none of these films took home the Oscar. In terms of gross profit, Brooklyn led the pack with 71.7 percent gross profit margin after generating . The King’s Speech, which generated 88.9 percent gross profit margin, represents the greatest return on investment over the past five years and even earned the Oscar for Best Picture in 2010.

Only four Best Picture nominees over this period, Amour, Hugo, Extremely Loud and Incredibly Close and The Tree of Life, failed to generate a profit on their movie. None of these movies won the Oscar for Best Picture and The Tree of Life, which failed to recover even half of its $32.0 million production budget, did not secure any of the three awards for which it was nominated in 2012.

The past five years of Academy Awards ceremonies have demonstrated that massive production budgets and huge box office receipts are not necessary to secure an Oscar victory; in fact, major box office hits often fail to take home the coveted main prize of Best Picture. However, it is the films that vastly exceed expectations by generating the highest gross profit margins and earning significant post-nomination box office sales that stand the best chance of winning the category.

These data do not prove that the voting members of the Academy of Motion Picture Arts and Sciences take box office performance into consideration during the selection process, but it may suggest that Academy voters cannot help but root for the Hollywood underdog story when casting their ballots.