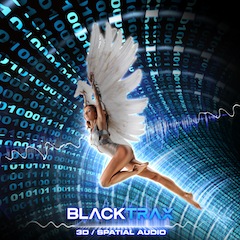 Real-time tracking technology company BlackTrax recently appointed two-time Academy Award-winner Christopher Jenkins to be general manager, BlackTrax Audio. The newly formed division’s mandate is to focus on developing the company’s 3D and spatial audio applications and installations. Jenkins is keeping his job as president and CEO of Bisby Productions, a full service post-production sound company. Bruce Freeman, chairman at parent company Cast said Jenkins is working to incorporate BlackTrax in future projects that he is working with Bisby, as well as to introduce BlackTrax to the audio market. I recently spoke with Jenkins about his new role.

Digital Cinema Report: For what projects did you receive your Academy Awards?

CJ: BlackTrax identifies and communicates the precise dynamic location of where an artist or object is located, or from which the sound emanates.  It provides a remarkable Spatial Control Device that accurately measures the sound distance within an open space using an IR detector and sensor. The Spatial Control Device opens up opportunities for performers, artists, producers and audiences. We can now create an immersive audio experience that previously was not possible before BlackTrax.

DCR: How is BlackTrax a new technology or application?

CJ: By tracking the precise locations and streaming this data downstream, we can create 3D and immersive audio and offer creative control previously unknown. At the same time we can create and track spatial coordinates allowing users across a multitude of creative platforms the artistic freedom to move audio without constraints. 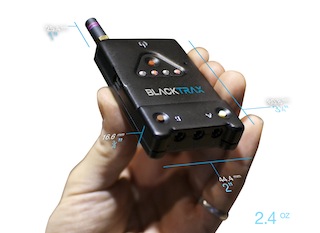 DCR: On your company’s website BlackTrax is described as “an affordable comprehensive tracking technology solution that is designed to deliver precise 3D and 6D positioning in real time to controllers for automated/robotic technologies.” How does it work in a practical application on a movie shoot?

CJ: BlackTrax can be used to provide precise positional coordinates to accomplish 3D visual effects as well as mapping of actors' positions for sound placement and position in post-production.

DCR: What are the 3D spatial audio technologies with which BlackTrax integrates?

CJ: Any technology that communicates with our protocols. The beauty of the BlackTrax technology is that it is agnostic.

DCR: Has BlackTrax Audio been used on any motion pictures as yet?

CJ: BlackTrax will be making several high-profile motion picture announcements in the near future as news of all such productions are presently embargoed.

DCR: Will BlackTrax Audio be exhibiting or be demonstrated on partner booths at the upcoming National Association of Broadcasters show or any other events? If so, what will you be highlighting?

CJ: We will make announcements in the near future.