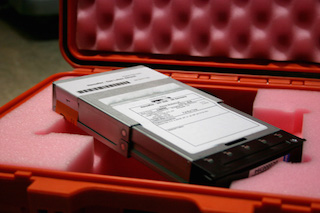 The responses to my recent article here – What’s Wrong With The DCP? – suggest to me that there are several widespread misconceptions about digital cinema packages in general and about Interop and SMPTE DCP in particular. These are the top five:

Not true. The reason behind the confusion is that there are shades of gray in this. The Digital Cinema Initiative specifications may not specify SMPTE DCP compliance, but the DCI Compliance Test Plan has to test something, and so it tests content that, in its limited fashion, is SMPTE DCP-compliant.  However, it’s easy to construct SMPTE DCP content, compliant with the standards, which may or may not play on equipment that passes the DCI Compliance Test Plan.

In other words, if you were a manufacturer, making equipment that passed the DCI test plan, with no other capability other than that needed to play DCI test plan content, you would go broke because no one could use your equipment to play real movies. DCI does not test for full compliance to the SMPTE DCP standard. Then there is the fact that your product must be Interop DCP-compliant if it is to play real movies in cinemas, which DCI also does not test for.  So if you’re a manufacturer thinking of making a server, you’ll need to do a lot more than design for DCI compliance. More than one company has been caught in this web.

DCI’s number one concern is content security, and in this there are no gaps.  64 pages of the 155-page DCI specification, 41 percent of the spec, describe content security requirements that are independent of the DCP type. Equipment that passes the DCI test plan is secure for both Interop DCP and SMPTE DCP content. 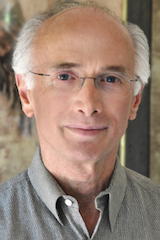 Misconception #3: My VPF agreements require me to be SMPTE DCP compliant.

Ironically, this is one of the reasons that studios deliver their movies using Interop DCP. DCI does not test for DCP compliance of any kind:  Interop or SMPTE. But through a collaborative process that mostly took place behind the scenes, manufacturers learned how to successfully build interoperable Interop DCP-compliant equipment without DCI having to get involved.  It was a long, arduous process, the value of which cannot be discounted.

SMPTE DCP, however, doesn’t have the benefit of the long, arduous, process of learning the hard way. As a substitute, the Inter-Society Digital Cinema Forum (ISDCF) has been conducting Plugfest testing for the past five years in an effort to nudge manufacturers into producing products and software that are SMPTE DCP compliant. As SMPTE DCP itself is a moving target (it undergoes revision every few years), ISDCF has a promising career ahead of it.

ISDCF can only do so much good, however. There remain the interoperability issues that will arise as multiple SMPTE DCP mastering systems emerge on the market. One should meditate deeply on the thought that DCI requires playback equipment to comply with its specification, but there is no compliance test plan for content mastering. (Did I hear the sound of one hand clapping?) Interop DCP has the same problem, but it’s way further along on the learning curve.

Looked at this from another angle, if studios required your equipment to receive SMPTE DCP-compliant distributions, they would deliver their movies in that format. If the movie didn’t play, you wouldn’t get the VPF. However, the fact is that the movie not only plays on your equipment, but your bank is getting paid. All while the chances remain high that your DCI-compliant equipment is not fully SMPTE DCP compliant. As they say, follow the money.

Misconception #4:  Once I upgrade to SMPTE DCP, I’m through with upgrades.

C’mon, now. You may be old enough to recall the television series Outer Limits, with the tongue-in-cheek introductory line, “We are controlling the transmission.”  Once the show began, your set was no longer under your control. It’s kind of like that with digital cinema: the show has already begun. There are career engineers in SMPTE. Your system runs on software. Think about it.

Misconception #5:  SMPTE DCP is not worth it.

I’m not going there, and neither should you. It’s true that SMPTE DCP, or SMPTE DCP 2.0 (my name for it), will not help you generate new revenue. It offers some improvements over Interop DCP, or SMPTE DCP 1.0 (as I prefer to call it). But SMPTE DCP 2.0 is not going to sell more popcorn, or make that bad KDM work for you. The reason that this improvement has become such a big deal has more to do with politics than substance, as addressed in my earlier article What’s Wrong With the DCP? Still, improvements happen, and if the current situation tells us anything, it’s that we need a better mechanism to introduce improvements than the manner in which we go about it today.  A better mechanism requires an improvement to the basic DCP structure itself.  My proposal to improve the DCP is called Track File Prioritization, which will be the subject of my next article.

Michael Karagosian is the president of MKPE Consulting LLC, specializing in business development and intellectual property for entertainment technologies. His company website is http://www.mkpe.com.