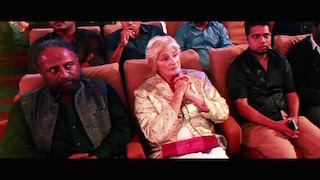 At a press conference in Los Angeles later this week, executives from the Dubai-based Aries Group will announce their plans to increase the international investment in the Indian film industry and to build 10,000 new 4K-projection multiplexes to serve the country’s burgeoning and entertainment-hungry middle class. If the group is successful, they will address a problem that has long plagued the Indian film industry.

India currently has a little more than 13,000 movie screens, and the vast majority of those are single screen theatres. That translates into ten movie screens per million people for the entire country; in comparison the United States has about 120 movie screens per million people. This is despite the fact that India has the world’s largest film industry. That industry released almost two thousand movies last year and expects to release even more this year. It has been estimated that India’s box office will reach three billion dollars in 2016.

At the press conference, the group will also announce their plans this September for the 2016 Indywood Film Carnival, what they bill as the largest celebration of film ever produced in India.

The cinema event, hosted by Ramoji Film City, one of the world's largest integrated film studio complexes will feature:

The All Lights India International Film Festival, featuring the world premiere of films from more than 100 countries 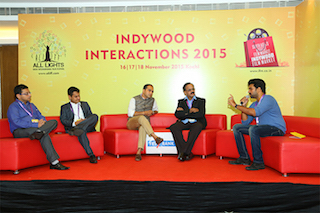 Three key executives will speak at the Los Angeles press conference. They include Sohan Roy, the founder and director of the Indywood Film Carnival as well as a globally renowned filmmaker and CEO of the Aries Group; Rajeev Jalnapurkar, CEO, Ramoji Film City; and K.T. Rama Rao, IT Minister and Member of Legislative Assembly of the Indian state of Telangana.

Despite that success, Roy fully understands that what he and his group are proposing will not happen overnight.

“The project will bring technical advancements right from the pre-production stage of a film and ensure quality, security and profitability in all stages. Strategic partnerships with international tech giants, installation of ultra modern studios, high-end animation and VFX hubs and introduction of creative business strategies in the film industry will ensure movies of international standards.

“Is it all over now? No. We need better cinema halls and a unified film distribution system. In the era of [4K digital screens], more than 90 percent of India’s exhibition centers are still in Stone Age and fail in delivering the movies in the quality in which they are made. Project Indywood has dedicated special focus on changing the face of our cinema halls by installing 10,000 new screens across country. These new generation entertainment centers will feature global technical specifications for the very best visual and sound experience.

“The project, aimed in attracting $10 billion investment, is expected to evolve Indian cinema to be the world’s best in quality and revenue generation.”