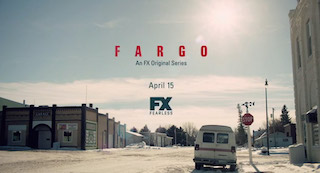 Tattersall Sound and Picture is currently providing final sound mixing services for the second installment of the critically acclaimed limited series Fargo, and the Toronto studio has come up with a unique way for the show’s Los Angeles-based producers to monitor the work.

Using a blend of proprietary and off the shelf technology, Tattersall engineers have turned one of the Los Angeles editing suites used by the show’s picture editors into a virtual mixing suite. The edit suite is linked to Tattersall’s mix stage and tuned to its acoustic signature so that producers there hear precisely the same sound as the mixers in Toronto.

Remote monitoring of mix sessions is a common practice, but it typically involves the linkage of two mixing facilities via expensive ISDN lines. For Fargo producers, that would mean leaving their production offices and booking time at a third-party sound facility. “We looked for a method of making mix playbacks as painless as possible for the producers to attend,” explains Tattersall Sound chief engineer Ed Segeren. “We discussed the idea of building a virtual mix stage with the producers, and they were very enthusiastic about the approach. They recognized the benefit of not being at the mercy of another facility’s schedule or sonics.”

To make the virtual mix stage work, a sound engineer would have to control and monitor the playback. The challenge was making that happen from Toronto. “We tested several methods of remote monitoring of picture and sound, while also including full control of the playback system,” recalls Segeren.  “The solution is a hybrid of several technologies.” Tattersall engineers equipped the Fargo edit suite with professional acoustic control products, audio monitors and an audio DSP system, all chosen to perfectly emulate the acoustic response of Tattersall’s mix stages.

“Behind the scenes, one of our Toronto operators remotely controls the playback system and monitors the room to ensure that audio levels are playing back correctly and the sound is in sync with the picture,” Segeren explains.

As in a typical remote session, Fargo producers are able to view HD picture while monitoring the full 5.1 surround mix. “There is no longer any need for them to spend time in traffic driving to and from an L.A. studio,” Segeren says.   “This new approach makes it easier for producers to attend playbacks, while also giving them confidence in knowing that what they were hearing is exactly what the mix sounds like back in Toronto.”

The second installment of Fargo, which premiered in the U.S. on FX October 12 follows a young State Trooper (Patrick Wilson) and his Sheriff father-in-law (Ted Danson) as they investigate a grisly case involving a local crime family and a major mob syndicate, and a small town beautician (Kirsten Dunst) and her husband (Jesse Plemons) who inadvertently get caught in the middle.