Take it to the Bank 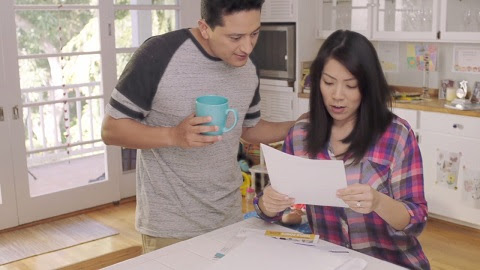 Although it serves a state with a population of less than 1.5 million people, First Hawaiian Bank is intent on reaching its audience with the sophistication of an international financial powerhouse. Teaming with Honolulu agency MVNP and Los Angeles-based production company Accomplice Media, FHB has launched an ambitious branding campaign centering on people coping with life’s milestones.  Rather than pushing specific retail services—as most regional banks do—these funny, beautifully produced spots aim to forge an emotional connection with Hawaii residents from all walks of life.

“We wanted to reinforce and reinvigorate our brand to the market,” says Christopher Dods, the bank’s executive vice president, marketing and communications. “Instead of talking about accounts and loans, we wanted to show that First Hawaiian Bank has been a member of the local community for a long time and underscore the many ways that we can help people throughout the course of their lives.

MVNP came up with concepts for a series of spots featuring ordinary people as they deal with all too familiar life events: a retired couple planning a vacation, a young man proposing to his girlfriend, a mom and dad learning that their kid has been accepted by a choice private school.

“Bank spots are often made up of glossy moments and PhotoShop-ed images,” says MVNP executive creative director Vince Soliven. “That’s too perfect. We wanted to show some of the real situations that people actually go through.”

To produce the spots, the agency turned to Accomplice Media and Director Stephen Pearson, a former agency creative who has directed character-driven ads for such well-known brands as Burger King, Microsoft, H&R Block and Miller. The spots are beautifully art directed, simply staged and directed by Pearson with a restrained touch. Some involve a single take. “Stephen brought great ideas to the project,” says MVNP account services director Debbie Tada. “He helped bring the campaign to life.”

The finished spots are as sophisticated and emotionally compelling as those for any national bank. “We put as much production value as we could into the campaign,” adds Pearson. “Our DP Benn Martenson, working with the other creative crafts, ensured that the film had a very contemporary feel with lots of movement and energy. The quality of the acting was equally important to the campaign’s success, and so we worked with a mix of local talent and talent from the mainland. We treated it like a national campaign right from the beginning.”

Pearson adds that he was drawn to the concept’s everyman quality. “This campaign is not for the one percent,” he says. “It’s for all those people who have to do whatever they can to put money away for the future, to buy a car, get married, send a kid to college, or enjoy a comfortable retirement.”