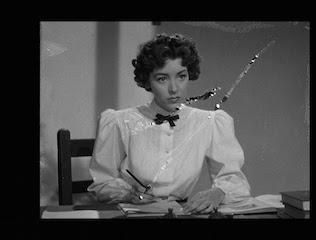 Sony Pictures Entertainment recently completed a 4K restoration of None Shall Escape, the 1943 Columbia Pictures drama widely credited as the first film to address the subject of the Nazi Holocaust. The newly restored film recently had its world premiere at the TCM Classic Film Festival in Hollywood, with one of the film’s stars, 100-year-old actress Marsha Hunt, in attendance.

Directed by Hungarian-born André De Toth from a Lester Cole script, None Shall Escape was inspired by President Franklin Roosevelt’s vow to bring Nazi leaders to justice after the war’s end. Anticipating the Nuremberg Trials, the film tells the story of the trial of a fictional Nazi official, Wilhelm Grimm (Alexander Knox), and the testimony of those who witnessed his brutality in a small Polish town, told thru flashbacks. Hunt plays Grimm’s former fiancé, who witnessed his indoctrination and ascension within the Nazi Party following the First World War.

Restoration of the film was conducted under the supervision of Rita Belda, SPE’s vice president for asset management, film restoration and digital mastering, and is based on earlier work to photo-chemically preserve elements from the film. In 2008, the project began with an evaluation of the original negative and three nitrate copies of the film, resulting in the production of a new 35mm print, which subsequently screened at the 2013 Berlin International Film Festival.

The negative and nitrate elements were in remarkably good condition, but not without significant problems, due to their age and earlier handling. “The negative had been lacquered, a process that was done to protect it from physical wear and damage but, in this case, it also resulted in further stains and decomposition due to chemical interactions with the lacquer,” according to Belda.  “Stains and spots occurred in some areas, although, thankfully, not throughout all reels.” 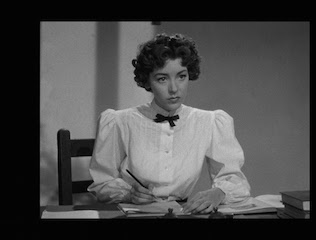 While some faults in the source elements, including tears to the negative, were addressed in the photochemical restoration, damage caused by the lacquering process and other significant problems could only be fully addressed through 4K digital restoration. To accomplish that, the original negative and the best nitrate materials were scanned in 4K using a wet-gate process at Cineric in New York. Elements were evaluated to determine the best sources for individual shots, and torn segments in the negative were replaced from duplicate nitrate materials.

“In some cases, second generation duplicate materials were employed because they were as sharp and detailed as the material with stains in the original negative,” recalls Belda. “But, for some shots, we elected to keep the original negative, despite the stains, to retain the richness of detail from cinematographer Lee Garmes’s original photography. That was where the digital restoration needed to do the heavy lifting.”

Digital restoration specialists from MTI Film in Hollywood worked to eliminate stains that ran across the negative without altering the quality of the original grain or losing detail. Once that was done, the entire film underwent digital color grading (performed by colorist Sheri Eisenberg of Roundabout West in Santa Monica) to compensate for visual differences in the multiple source elements, while maintaining the soft highlight detail and rich texture of the original 1943 photography.

The result, according to Belda, is a beautiful and faithful rendering that will provide a new generation of film lovers with the opportunity to appreciate this neglected classic. “We hope that audiences will be unaware of the labor that went into this restoration,” she says, “and be fully immersed in its gripping story and the moving events that were so prescient at the time the film was produced.”