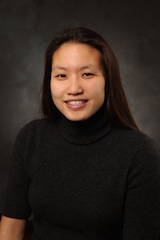 Currently, she is the chair of the Interoperable Master Format Working Group at SMPTE, which has been charged to develop the SMPTE standard for IMF. Prior to Disney, she spent six years at THX Ltd. as the senior engineer for the digital mastering program and three years in DVD authoring and compression. Chang holds a BS in Engineering Technology from Texas A&M University.

During the webcast, Chang gave an overview of what the IMF is, how the standards work has progressed and when further updates can be expected. The IMF is intended to allow content creators to transform a single file containing content into various versions of the content that can be distributed over multiple distribution platforms and to numerous consumer devices.

“IMF is meant for post-theatrical masters,” Chang said. “It’s based on the DCP [Digital Cinema Package] but with a broadcast twist.”

There is no need to store many versions with IMF, which can save storage costs.  Instead, create elements and then pick and choose what’s right for that use. The result of that selection is the Composition Play List, a term she said was taken from the DCI. “Think of it like an iTunes playlist,” she said.

During a question and answer session, Chang was asked if all nonlinear editing companies would adopt IMF. “I hope so,” said Chang. “I believe the answer is yes. The question is when.”

Chang said the key to IMF’s ongoing development is to have manufacturers develop tools to create IMF files. She said she expects several companies to introduce those tools at the National Association of Broadcasters convention next month in Las Vegas.

Another questioner asked if there are any anti-piracy elements in IMF. She said forensics will come from third-party vendors and named Civolution as one company that is developing watermarking tools for IMF.

The original IMF standards included standard and high definition. The next version will include UHD. Future versions will include 4K, HDR, 16-bit and, eventually, 8K.