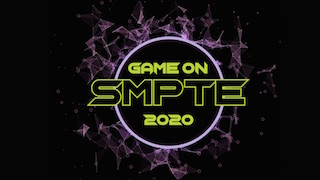 The Society of Motion Pictures and Television Engineers has released the names of the industry leaders and innovators who will be honored at the Awards Gala that will be part of this year's interactive remote SMPTE 2020. Scheduled for November 11-12 during the Society's annual technical conference and exhibition, the online celebration will recognize business, technical, and creative leaders and students who have made substantial contributions to the ongoing advancement of media and entertainment technology. SMPTE Fellow elevations will be conferred November 10.

"One of the many lessons we've learned over the past few months is just how much we rely on the media and entertainment industry to engage, inform, educate, and entertain us," said Barbara Lange, executive director at SMPTE. "The industry luminaries and next-generation leaders we recognize during SMPTE 2020 have all played an important part in shaping this industry and enabling its future evolution and success."

Honorary Membership, the Society's highest accolade, recognizes individuals who have performed distinguished service in the advancement of engineering in motion pictures, television, or the allied arts and sciences. This year, SMPTE will bestow three such honors. The Society will recognize Richard Edlund for a lifetime of advancing the art and science of visual effects cinematography, W. Reed Hastings for his momentous development and continuing leadership of Netflix, and John D. Ross for a lifetime of advancing the state of the art in television engineering.

The Progress Medal is the most prestigious SMPTE award, and it recognizes outstanding technical contributions to the progress of the engineering phases of the motion picture, television, or motion-imaging industries. SMPTE will posthumously honor Natalie Kalmus with the 2020 Progress Medal in recognition of her pioneering contribution to motion-picture color. As co-founder of the Technicolor Motion Picture Corporation, Kalmus helped to develop the Technicolor process, a groundbreaking innovation that had an unparalleled impact on filmmaking. She worked on more than 400 films, including The Wizard of Oz, as color director, ensuring that the Technicolor process was used to its fullest extent to enhance and not detract from the story. 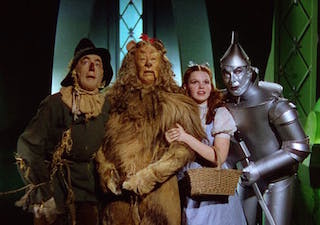 Kalmus was an exemplary role model, especially for young women.

The Technicolor – Natalie and Herbert T. Kalmus Medal, sponsored by Technicolor, has been renamed this year to recognize the prodigious contributions of Natalie Kalmus as the executive overseeing the Technicolor art department and as color director of nearly all Technicolor feature films produced from 1934 to 1949. She is often credited as a co-developer of the Technicolor process itself and was a member of the production team that shot the first Technicolor footage in 1917.

"Natalie Kalmus described her role as 'playing ringmaster to the rainbow,' and this statement beautifully expresses the intent of this Technicolor award," said Joshua Pines, chair of the SMPTE committee that oversees the award and color scientist at Technicolor. "This year we're celebrating a worthy recipient of the 2020 award as well as Natalie's innovation and lasting contribution to the art and science of color motion pictures."

In recognition of outstanding contributions that reflect a commitment to the highest standards of quality and innovation in motion-picture production, postproduction, and distribution services, the Technicolor – Natalie and Herbert T. Kalmus Medal will be awarded to Beverly Joanna Wood for her essential contributions to the creation and development of the Color Contrast Enhancement  and Adjustable Contrast Enhancement motion-picture processes.

The David Sarnoff Medal, sponsored by SRI International, recognizes outstanding contributions to the development of new techniques or equipment that have improved the engineering phases of television technology, including large-venue presentations. This year the Society recognizes Rich Chernock for his contributions to the development of the ATSC 3.0 digital television standard, which is now becoming widely implemented and deployed throughout the United States.

The Camera Origination and Imaging Medal recognizes significant technical achievements related to inventions or advances in imaging technology, including sensors, imaging-processing electronics, and the overall embodiment and application of image-capture devices. Gérard Corbasson will be recognized for his lasting contributions to the improvement of television and film camera optics. 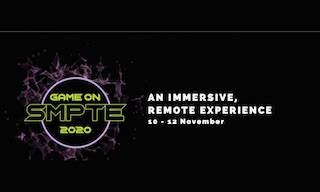 The Excellence in Education Medal, sponsored by William C. Miller and Ellen Sontag-Miller, recognizes outstanding contributions to new or unique educational programs that teach the technologies of motion pictures, television, or other imaging sciences, including emerging media technology. Corey P. Carbonara will receive the award in recognition of his more than 35 years teaching production and media technology, transforming complex ideas into practical lessons for his students.

The Digital Processing Medal recognizes significant technical achievements related to the development of digital processing of content for cinema, television, games, or other related media. Katie Cornog will receive the award in recognition of her role in the development of a wide range of digital signal processing methods in her work in the office of the CTO of Avid Technology.

The James A. Lindner Archival Technology Medal, sponsored by James A. Lindner, recognizes significant technical advancements or contributions related to the invention or development of technology, techniques, workflows, or infrastructure for the long-term storage, archive, or preservation of media content essence. The 2020 award will be presented to James Snyder in recognition of his work developing workflows and methodologies for digitizing and archiving large media collections, and for his dedication to sharing his knowledge and experience.

The Samuel L. Warner Memorial Medal, sponsored by Warner Bros., recognizes outstanding contributions in the design and development of new and improved methods and/or apparatus for motion-picture sound at any step in the process. SMPTE is bestowing this award on Andrew Munro for his significant contribution and many years of dedication toward advancing the art and science of sound reproduction within the motion-picture industry.

The Workflow Systems Medal, sponsored by Leon D. Silverman, recognizes outstanding contributions related to the development and integration of workflows, such as integrated processes, end-to-end systems, or industry ecosystem innovations that enhance creativity, collaboration, and efficiency, or novel approaches to the production, postproduction, or distribution process. The award will be presented to Bruce Leak in recognition of his pioneering leadership role that led to the development of the QuickTime extensible multimedia framework.

The Journal Award is presented to the author(s) of the most outstanding paper originally published in the SMPTE Motion Imaging Journal during the preceding calendar year. This year's award will be presented to Julien Le Tanou and Médéric Blestel for their article "Analysis of Emerging Video Codecs: Coding Tools, Compression Efficiency, and Complexity," published in the November/December 2019 issue of the Journal.

The Presidential Proclamation recognizes individuals of established and outstanding status and reputation in the motion picture, television, and motion-imaging industries worldwide. Leon D. Silverman will receive the award in recognition of his contributions to the Society and the media and entertainment industry as a visionary, innovator, and mentor.

The Excellence in Standards Award recognizes individuals or companies that have been actively involved in advancing the Society's standards, activities, and processes. John F. Snow will receive this award in recognition of his longtime participation and leadership within the SMPTE Standards Community, where he has made great contributions to a wide variety of activities, always with a style all his own.

The Citation for Outstanding Service to the Society recognizes individuals for dedicated service for the betterment of the Society over a sustained period. It will be conferred upon two SMPTE Members: Bob Hudelson, in recognition of his longtime dedication to SMPTE, the industry, and the local Sacramento community; and Noel Shing-Sun Leung, in recognition of his longtime service to the Hong Kong Section, which he helped to form in 1994.

The Student Paper Award recognizes an outstanding paper prepared and submitted by a Student Member. The 2020 award will be presented to Adam C. Burke — recipient of the 2019 Louis F. Wolf Jr. Memorial Scholarship — for the paper "Latency Perception in Cloud-Based Workspaces and Environments," which will be published in the SMPTE Motion Imaging Journal.

The Louis F. Wolf Jr. Memorial Scholarship is designed to assist students in furthering their undergraduate or graduate studies in motion pictures and television, with an emphasis on technology. The 2020 scholarship will be awarded to SMPTE Student Member Nicholas Hurley, who attends Northeastern University in Boston.

Eighteen new SMPTE Fellows will also be recognized during the SMPTE Awards Gala. This honor is conferred on individuals who have — through their proficiency and contributions to the motion-picture, television, or related industries — attained an outstanding rank among engineers or executives in media and entertainment. The new SMPTE Fellows are: