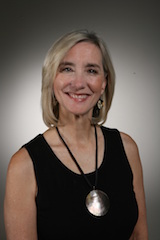 The Society of Motion Picture and Television Engineers has elected its new officers and governors for the 2016-2017 term. "The elections bring the board an impressive array of industry leaders, all with a history of contributing valuable expertise and extraordinary energy to SMPTE events and standards work," said SMPTE past president Wendy Aylsworth, who served as nominating committee chair. "As we enter an exciting centennial year, the Society will benefit from our board of governors' collective experience and ongoing commitment to the Society's three pillars of education, standards, and membership."

Eight SMPTE governors were elected to serve in posts throughout the world, and five of these 2016-2017 board members were elected as incumbents. The re-elected governors include Randy Conrod, senior product manager for digital products at Imagine Communications, who will again serve as Canadian region governor, as well as John E. Ferder, director of studio and post-production engineering at CBS, who will continue as New York region governor. Daniel A. Burnett, senior director of sales for broadcast and media solutions at Ericsson, will continue his tenure as Southern region governor. Patent attorney Mark A. Narveson of Artegis Law Group will serve as Western region governor. John Maizels, a broadcast engineer with Entropy Enterprises, will again hold the role of Asia-Australia region governor. 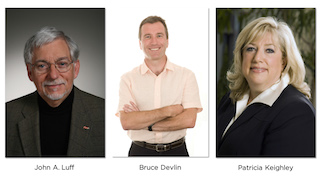 John A. Luff of HD Consulting will take on a new role on the SMPTE Board of Governors, serving as Eastern region governor, and Patricia Keighley, senior vice president and managing director in the office of the chief quality officer (CQO) at IMAX, will return to the board and once again serve as Hollywood region governor. Bruce Devlin, chief media scientist at Dalet, has been elected to serve as governor for the Europe, the Middle East, Africa, Central, and South America region.

Officers who were not up for re-election and who continue on the SMPTE Board of Governors include Robert P. Seidel, of CBS, as president; Wendy Aylsworth, retired from Warner Bros., as past president; Matthew Goldman, of Ericsson, as executive vice president; Patrick Griffis, of Dolby Laboratories, as education vice president; and Peter Wharton, of BroadStream Solutions, as secretary/treasurer.

Information about the current SMPTE Board of Governors is available at www.smpte.org/bog.

Further information about SMPTE is available at www.smpte.org.