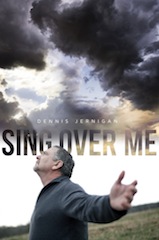 The journey to your true and authentic self is something almost all people aspire to attain. Going about finding your true self however, takes a lot of courage and strength. The documentary feature Sing Over Me explores how modern-day psalmist Dennis Jernigan went from years of depression and despair while leading a double life, to becoming a writer of some of the most popular Christian songs of all time, discovering his true identity along the way.

The film completed post services at Burbank based AlphaDogs Post Production. Producer Ashlyn Kindberg said it was an easy decision when it came to finding a facility that had extensive experience in working on documentary films and the unique challenges this genre brings to post. “We chose AlphaDogs as our post-production facility because we heard good things about their work,” he said. “The team was professional and personable providing us with everything we needed for the finish, including staying within the budget we were given.”

“Finishing on documentaries is quite different from other projects,” said president and CEO Terence Curren. “Working with mixed frame rates, multi-camera sources, and archival footage during the post process can sometimes seem intimidating if not impossible on the surface leaving the filmmaker wondering how they will ever get all this footage to look good. At AlphaDogs our clients become part of the team and learn how to work through these types of challenges. Skills and knowledge are gained throughout the process giving the filmmaker additional confidence when approaching post on future projects.”

Keeping the image quality consistent is one of the bigger challenges when it comes to finishing a documentary film. Before beginning the color grading process AlphaDogs editor and colorist, Sean Stack completed a first pass on the film, scrutinizing potential problem areas.  “I like being prepared to offer the client choices when it comes to setting the look for the film, said Stack. “Color plays a vital role when it comes to storytelling, with documentary films being unique in that the story is typically told by using different types of source material.”

Working one-on-one with the director and the DP, Stack carefully matched the color of the picture images within the source footage along with the mixed formats that included SD, VHS, and DVD, giving the film a consistent look and tone for the story. 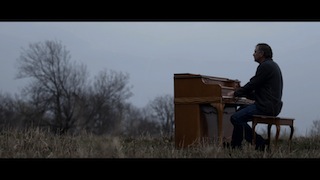 Stack said, “Color grading for documentaries cannot be approached in the same way you would a feature film.  While the equipment used may be the same, the way you approach your craft in this type of genre is quite different. Finding a way to creatively match mixed images goes beyond just your standard color grading process. It’s a creative art in itself.”

Teranex workflows improved the analog picture degradation of the VHS, DVD, and other standard definition sources used throughout the film.  In most cases, the Teranex conversion will seamlessly smooth jagged edges, and produce a smooth playback without any extra work needed. However, problems with source footage converted from DVD, or downloaded from the Internet sometimes become too baked-in to repair.

Stack said,  “When this happens you can’t really repair the image, but you can still color balance and adjust contrast to make sure the overall look remains consistent throughout the film. This type of archival footage is commonly used in news broadcasts and documentaries, so as long as the color is balanced, it plays into the story nicely as was the case in Sing Over Me.”

Audio within documentary films also presents the same types of challenges when it comes to matching and balancing mixed audio formats. AlphaDogs audio engineer, Curtis Fritsch was conscientious in keeping a good balance between the music and the story by making sure the dialog remained the focal point without being drowned out by the various music formats.

“Because this was a music based documentary, I didn’t want the music over the montage sequences to feel canned, or the live footage of the songs jarring the senses making it feel like you were the part of the audience at a concert,” Fritsch said. “Working together with the clients we were able to meet this balance by carefully matching the mixed formats and giving the audio a smooth finish.” Using combinations of Izotope RX plugins, noise was also removed from varying sources including a distracting air conditioning unit, and scenes that included audio from VHS and an old cassette tape.

“We were extremely pleased with AlphaDogs services. Everything looked and sounded great and final delivery came in on time,” said Kindberg. “The work was done in both an efficient and quick manner while still giving personal attention and care to the film. We would definitely use their services again. The color and sound work was top-notch and affordable.”

Sing Over Me is produced by Ashlyn Kindberg with Free Verse Films.

For more information visithttps://www.facebook.com/singovermemovie and watch the trailer at http://www.youtube.com/watch?v=D6CPeW61alc&feature=youtu.be