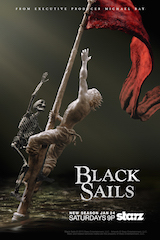 When Gavin Struthers ASC, one of Britain's leading cinematographers, learned he’d been selected to shoot the U.S. television drama series Black Sails, he knew there would be a lot of challenging location work including water scenes and day-for-night scenes. Black Sails is set roughly two decades before the events of Treasure Island and during the Golden Age of Piracy.

According to the first episode, "In 1715 West Indies, the pirates of New Providence Island threaten maritime trade in the region. The laws of every civilized nation declare them enemies of all mankind. In response, the pirates adhere to a doctrine of their own: War against the world." Real life pirates who are fictionalized in the show include Anne Bonny, Benjamin Hornigold, Jack Rackham, Charles Vane, Ned Low and Blackbeard.

To prepare for the production, Struthers invested in two Leader LV5333 multi SDI waveform and picture monitors. The purchases were made from Thameside TV, based at Shepperton near London's Heathrow airport. The instruments now form a permanent part of his production system working alongside Arri Alexa, Sony F-55 and Red cameras. 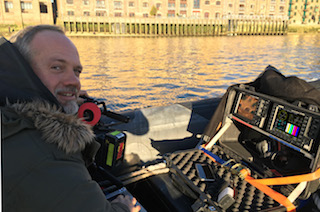 After graduating from the National Film & Television School in Beaconsfield, Struthers became a documentary cameraman for the BBC before deciding to make a permanent move into drama and commercial cinematography, shooting on film and in high definition video. He was the DOP on the BBC's first ever-3D HD broadcast, shot on Panavision's Genesis camera system.

"I frequently work with multiple cameras to give the director a choice of shooting angles. Using two LV5333 units gives me complete freedom of camera position," Struthers said.

"I first experienced the Leader LV5333 when working with DIT Steve Evans on Halo: Nightfall. The monitor was a huge help with the extensive day-for-night sequences in Iceland. It packs a lot of features into a very compact portable instrument. The LV5333 is very fast and easy to use which is vitally important whether you are shooting on location or in a studio. The integral CineLite and CineZone modes are particularly useful. They assist me with very accurate control of relative exposure and overall luminance levels whilst ensuring that the resultant content conforms fully to broadcast standard signal parameters.

"In addition, the LV5333 can be used to perform all the classic real-time waveform and vectorscope test and measurements. It incorporates a high quality 6.5-inch display screen, which works extremely well even in the brightest outdoor conditions. CineLite and CineZone can each be viewed full screen or as one of four simultaneous test images.

The Leader LV5333 is a multi-SDI monitor designed for use in studios, technical areas or attached to a video camera-support tripod. The integral 6.5-inch XGA TFT LCD screen can also be used to display video signal waveform, vectorscope or the video image. CineLite, CineZone, histogram, gamma display, gamut and level error display functions are included as standard.