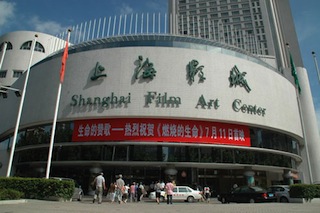 The process of installing the world’s first commercial 4K-laser projection system in Hall 1 of the Shanghai Film Art Center by Christie’s technical personnel reportedly went smoothly. Boasting a brightness of 60,000 lumens, a contrast ratio of 3000:1, and a 1.4 gain high uniformity white screen measuring 23 meters in width, these technologies are set to deliver an unprecedented and ultimate visual experience for the audience.

“As a pioneer in the visual display industry, Christie prides itself in the pursuit of achieving the highest in brightness and achieving the most realistic color reproduction,” said Don Shaw, senior director, product management, Christie.  “With our rich experience in the field of laser research and development, and having conducted a number of professional and commercial laser demos, Christie is able to deliver full-fledged laser technology at the Shanghai Film Art Center. The installation has been exceptionally smooth due to our longstanding expertise and practical experience in laser projection technology.”

Christie is the world’s first visual technologies company to receive the U.S. F.D.A. approval of variance allowing the sale of laser projectors for use in a cinema.

The event at the Shanghai Film Art Center showcased the capabilities of Christie’s 4K-laser projection system in displaying spectacular images that redefine the cinematic experience. From the gleaming bodywork of the hottest automobiles to flying sparks from chainsaw-wielding workers, the minute details on an owl’s feathers to soaring grains of sand generated from swift motions of a shark, the crystal-clear waters of natural landscapes to glimmering lights from multiple windows of a New York skyline at night, Christie’s laser projection system elevates stunning and lifelike visuals to a whole new level. 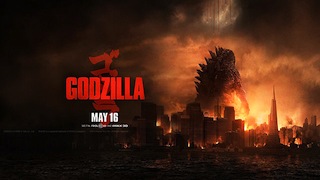 “We are very proud to install and showcase the superiority and brilliance of the world’s first commercial laser projection system,” said Lin Yu, vice president, Christie Asia Pacific. “This revolutionary projector system will show how 3D light levels, color fidelity, image uniformity, viewing comfort, and a sense of immersion can be vastly improved, versus the conventional 3D systems found in cinemas around the world today. This heralds a new chapter in the milestones of global film technology and reinforces Christie’s position as the leader in ushering commercial theaters into a new era of high-brightness laser projection.”

With a maximum brightness of up to 72,000 lumens, Christie says its laser technology has achieved an astounding breakthrough, which completely shattered its previous record of 34,000 lumens using conventional xenon lamp technology. Not only does this greatly increase the brightness when viewing 3D content, it also further pushes the capability of high quality visuals and art forms to new heights and restores cinematic colors to its intended realism and brilliance.

Christie’s laser projection system is scalable and upgradable architecture, which allows users to precisely select the amount of laser light needed for their screen, with the capability to simply add more laser modules in the future if they wish to increase the brightness. Moreover, using the Christie Duo system, there is no practical limit to the amount of light that can be put on a cinema screen. For maximum reliability, Christie’s laser system features integrated cooling in each laser module to provide the right amount of cooling for the lasers that are in use.

If the mechanical cooling components in one module experience a failure, then only that module goes dark, but the movie can still play very brightly with the light from other modules. Competitive architectures feature a single cooling unit, which represents a high risk, single-point of failure for the entire system.