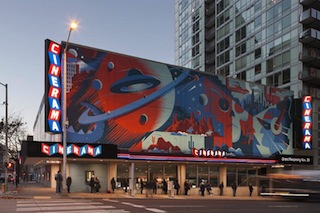 Seattle's Cinerama will reopen on November 20 for the premiere of The Hunger Games: Mockingjay - Part 1. The theater, owned by philanthropist and entrepreneur, Paul G. Allen, has been upgraded to a world-class theater with the best sight and sound offerings available.

"Cinerama has been a cornerstone of Seattle's arts and culture history for 50 years and I'm proud to continue its legacy," says Paul G. Allen, entrepreneur owner of Cinerama. "The enhanced Cinerama utilizes the most advanced technology, while maintaining the nostalgia many of us share for this theater, creating an unparalleled cinema experience for the community."

Cinerama's new website offers enhanced features for customers to purchase tickets and reserve seats in advance; and, new wider chairs offer the most premium seating options of any theater in Seattle.

The outside of the theater has been updated to feature a vibrant mural by local artist, Invisible Creature, which lines the upper facade with fictitious movie scenes and characters.

A cinephile himself, some of Allen's favorite boyhood memories included going with his family to see movies at Cinerama, including 2001: A Space Odyssey in 1968. The theater has been regularly voted one of Seattle's "best places to watch a movie" and plays host to various film festivals and blockbuster film premieres each year. In addition to its technology upgrades, customers can view movie memorabilia on display inside the theater lobby, courtesy of the Paul G. Allen Family Collection. 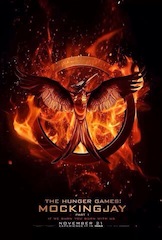 This marks Cinerama's fourth and most substantial renovation since the Seattle landmark was purchased by Allen in 1998.

The Christie 6P laser projector at Cinerama is the first to be installed in a commercial theater. Featuring a scalable laser light source and a dual-head system architecture, the projector achieves the best resolution, color and brightness levels on the largest premium screens.

Specifically designed for 3D, the Christie dual-head system delivers both left and right eye images simultaneously to the viewer, reducing the eye strain and fatigue that some people experience when viewing 3D content from a single-head projector. Cinerama maintains state-of-the-art equipment for showing movies in all formats, from the latest 2D and 3D blockbusters to classic 35mm, 70mm, and original 3-strip Cinerama films.

Dolby Atmos and Meyer Sound technology have also been incorporated into the theater. Cinerama's debut film, The Hunger Games: Mockingjay - Part 1, is mixed in Dolby Atmos. Surround-sound loudspeakers provided by Meyer Sound will array the walls and ceiling of the theater and five Meyer Sound Acheron main screen channel loudspeakers will be used to enhance the acoustic experience.

Cinerama's new Matt Plus screen by Harkness has a white surface and low gain to increase picture uniformity, color accuracy and contrast. The signature Cinerama curved screen will remain functional and stay stored behind the main screen.

Cinerama's new website allows customers to purchase tickets in advance of any screening, as well as reserve seats in the theater. All tickets will be $15, with a $1.50 online service fee.

Inside the theater, wider chairs manufactured by Figueras offer the most premium theater seating in Seattle. The number of rows in the main level of Cinerama's auditorium has been reduced to allow for increased legroom, resulting in more than two feet of space between the existing rows. Additionally, seating in Cinerama's theater has been reduced from 798 chairs to 570 chairs, providing a spacious environment for patrons.

Perhaps the most visible change to Cinerama is a new mural painted on the exterior facade of the building. The mural was designed by local design and illustration studio Invisible Creature, and pays homage to film genres that are synonymous with the theater. The scenes depicted include references to action, adventure, science fiction, western, horror and fantasy films.

Cinerama also displays movie and television memorabilia in its lobby for guests to enjoy.

The exhibits, which will change every nine months, are taken from the Paul G. Allen Family Collection. Upon Cinerama's reopening, costumes from major films including Star Wars, Austin Powers and Batman will be on display.

In addition to a blockbuster repertoire, Cinerama will continue hosting regular festivals including its annual Science Fiction Film Festival and Horror Film Festival. The theater will also be adding new festivals and special monthly programming, which will be announced early next year.