ScreenX Debuts in U.S. with The Himalayas 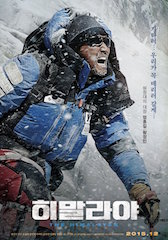 ScreenX, one of the world’s first multi-projection systems that allow theatergoers to go beyond the frame of the movie screen by extending the images onto the theater walls, is making its official U.S. premiere on January 1.  The first public availability of ScreenX in the U.S. will be rolled out at CGV Cinemas Los Angeles.  Fans will have the opportunity to screen The Himalayas, the film that is topping Star Wars: The Force Awakens at the South Korean box office.

Created by South Korean conglomerate CJ group, the company that introduced 4DX around the world, ScreenX is the next evolution in theater technology.  It immerses the audience into a 270-degreeviewing environment that utilizes three sides of the theatre to express more of the story and provide a panoramic experience.

“We are thrilled to open the first ScreenX theater in the US by presenting first full-length feature film in the innovative and immersive ScreenX format, using a 270-degree, panoramic experience to tell such an emotional story,” said Sang Cho, Chief Content Officer, ScreenX.  “After launching and expanding in Asia, and following the global success of 4DX, including in America, we see this U.S. launch of ScreenX as an incredible opportunity to kick our worldwide expansion to the next level.”

The Himalayas follows a South Korean expedition team and their harrowing final mission to bring their friend and teammate’s body back from the treacherous slopes of Mt. Everest where he died years after being part of the 14th team to ever scale the iconic mountain.  Starring one of the finest actors in the Korean film industry, Hwang Jung-min (Ode to My Father) – as well as one of its most promising up-and-coming talents, Jung Woo (C’est Si Bon), The Himalayas tells a beautiful tale of the power of friendship’s ability to overcome all obstacles. The Himalayas is directed by Lee Suk-hoon, known for 2014’s swashbuckling comedy The Pirates, one of the top 20 most-watched films of all time in Korea.

Since debuting in 2012, ScreenX has quickly grown its Asian business, currently operating more than 75 screens in 44 locations in South Korea and one in Bangkok. It was showcased exclusively for industry attendees of CinemaCon earlier this year.

Tickets are now available to be pre-ordered at www.cgvcinemas.com.