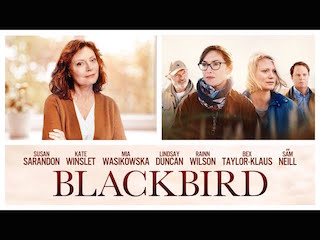 Screen Media has announced that ahead of its limited theatrical and video-on-demand release of Roger Michell’s Blackbird on September 18, they have partnered with Fathom Events for an exclusive nationwide cinema premiere on September 14 and 15. Each screening will be accompanied by a special introduction from Michell and exclusive behind-the-scenes footage.

Michell, who has worked extensively for the National Theatre, the Royal Court and the Royal Shakespeare Company directing plays such as Waste, Landscape with Weapon, Honour, and Blue/Orange, made his film directorial splash with his 1995 adaptation of the Jane Austen novel, Persuasion. He has since directed many beloved films such as My Cousin Rachel, Notting Hill, Venus, The Mother, Tea with the Dames and the upcoming The Duke starring Helen Mirren and Jim Broadbent. He has also just signed on to direct Good Morning, Mr. Mandela based on Zelda La Grange’s bestselling novel.

Blackbird stars Susan Sarandon, Kate Winslet, Mia Wasikowska, Sam Neill, Rainn Wilson, Bex Taylor-Klaus, Anson Boon, and Lindsay Duncan and tells the story of Lily (Susan Sarandon) and Paul (Sam Neill) who summon their loved ones to their beach house for one final gathering after Lily decides to end her long battle with ALS on her own terms. The couple is planning a loving weekend complete with holiday traditions, but the mood becomes strained when unresolved issues surface between Lily and her daughters Jennifer (Kate Winslet) and Anna (Mia Wasikowska). 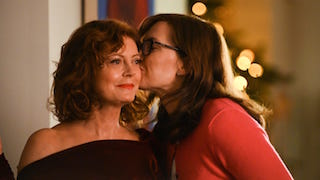 “Fathom is honored to premiere this heartfelt film by the award-winning director Roger Michell and a superstar cast that brings a relevant story of life to the big screen,” said Ray Nutt, CEO of Fathom Events.

“We are thrilled to partner with Fathom Events to help bring Roger Michell’s beautifully crafted film to as many audiences as possible,” said David Fannon, president of Screen Media. "This heartfelt and honest story of hope, love and a celebration of life is one that everyone can relate to and we are so glad that people will have the chance to see this group of talented actors tell this story on the big screen.”