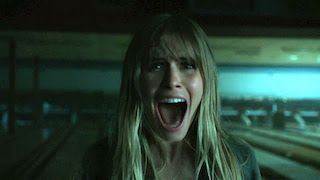 Post-production finishing for the second season of MTV’s hit show Scream: The TV Series is currently in high gear at Chainsaw in Hollywood. The facility is handling editorial finishing, color grading and deliverables. It is also supplying editing suites and gear used by series editors.

Scream: The TV Series, which returned to MTV May 30, is produced by The Weinstein Company’s Dimension TV and is based on the wildly successful teen horror film franchise directed by Wes Craven. The show has drawn rave reviews for its entertaining mix of horror and humor, and has proven a ratings magnet, especially among the prized demographics of teens and young adults.

Post-production for the series has been based at Chainsaw since the pilot episode. Stuart Burkin, TWC’s senior vice president of post production notes that, as the production team’s background was largely in features, they were looking for a post-production partner with deep roots in television. “Scream was one of our first scripted television shows and was a learning experience for us,” he says. “We wanted to find a facility that knew that world and could help us build a workflow. We took a tour of Chainsaw and were blown away by their professionalism and enthusiasm for our project.”

One thing the producers were seeking was the flexibility they were used to when finishing features. “We do things a bit differently from most television shows in terms of scheduling editing, color correction and conforming,” Burkin says. “We like to keep open the possibility of making editorial changes right up to the last minute.” 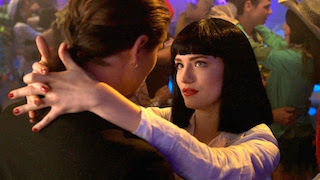 Chainsaw accommodated the production by developing a workflow where editorial and finishing are closely integrated and a schedule that allows leeway for making creative changes through the final stages of post. “Chainsaw helps us do feature-style post on a television schedule,” explains TWC Director of Post Production Erica Sterne. “We approach each episode like a small feature.”

Scream is shot in Louisiana. Dailies are processed near-set and sent overnight to the editing team set up at Chainsaw’s facility in Hollywood.  Having the editors and the finishing team in the same facility is very efficient, says Burkin. “Our creative executives, Keith Levine and Matthew Signer, can walk from the edit rooms to the color suite to view work being done on episodes that are further along,” he notes. “It’s seamless.”

Similarly, dailies media, cut sequences and other show data are stored on a central server accessible to both editorial and finishing. Changes made in one department are immediately available to the other.

Chainsaw also makes creative contributions to the show. Colorist Kris Santa Cruz works with production executives Levine and Signer, series cinematographer Yaron Levy and post-production supervisor Aaron Fink in refining the finished look. “Scream is branded as horror with elements of comedy. It’s smart and self-aware,” says Burkin. “The look of the show conveys that balance. There are portions that are dark and tense, but it’s never so dark that it’s gloomy. It’s slick with a noir ish edge.” 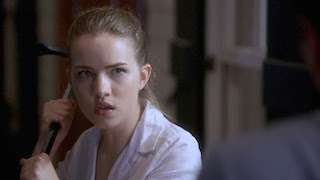 Santa Cruz grades the show on a Baselight system and uses its sophisticated toolset to finesse details and heighten tension. “We do a lot of work with Power Windows to ensure viewers see things we want them to see and hide things that we don’t want them to see,” Santa Cruz says. “We often like to reveal just enough of Ghostface (the show’s signature masked killer) to terrify people.”

Burkin says that Santa Cruz has developed particular skill in bringing out the color of another signature visual. “There’s a lot of blood in Scream,” he notes, “and Kris’s job is to find the right balance…gory, but not over the top. He does it episode after episode.”

In Chainsaw’s open workflow, editorial and compositing is split between finishing editors Jose Favella (on Baselight) and Carlos Verdugo (on Avid Symphony). Burkin says the entire process has functioned smoothly from the pilot forward. “We returned to Chainsaw for Season Two with the same set-up and team,” he notes. “Often you want to make changes after a show’s first season, but we didn’t because it worked so well. We were thrilled with how well everyone at Chainsaw performed.”