Though the numbers are certainly on an upward trend, it’s still rare to find women in professional audio, especially one as prominent as Sara Glaser, CAS. Having gotten her start in the industry in college as a recording engineer nearly 20 years ago, Glaser’s major successes can be found in her work as a production sound mixer for feature films and episodic television. Some of her most recent credits include Westworld, Grey’s Anatomy, Feud: Bette and Joan and the Netflix feature film, Rim of the World. Digital Cinema Report recently spoke with Glaser via email and asked about her audio career, and what it’s like to be a female in the motion picture business.

Digital Cinema Report: How did you get into the sound mixing business?

Sara Glaser: Even though I grew up in Los Angeles, I wasn’t raised in entertainment like many of my colleagues. I discovered music recording when I went off to college. It was the early days of the internet, and I ended up on some message boards for studio and live recording situations, and I was immediately hooked. I would sit there for hours, soaking up the stories about these guys who had engineered in all these recording studios in the 70s, and I just remember thinking how awesome that must’ve been.

Eventually, a friend of mine gave me a catalog for UCLA, where I went on to earn certificates in Recording Engineering, Songwriting and Music Business. I attended my first recording practice class at Oceanway Studios and, once I touched a fader, I immediately fell in love. A month later, I got my first job in a recording studio—and that’s not as easy as it sounds because, in 1998, women weren’t hired to be engineers. 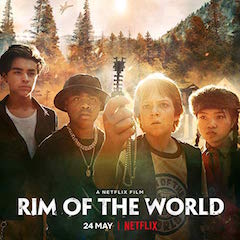 While on my job hunt, a colleague told me to send my resume to Bill Dooley—I was called in for an interview and began my journey in the recording world. From day one, he treated me as an engineer—he trained me and taught me how to troubleshoot. I still use the techniques that Bill taught me, every day.

After that, I bounced around to a couple of other recording studios. Then, Pro Tools came out and completely changed the industry. A lot of studios closed, and there were fewer jobs available. So, at that point, I decided to get my feet wet in the post-production world. I started as a restoration sound editor before ultimately switching to production sound in late 2003; and I've been here ever since. It’s a crazy road, but it’s been awesome and there have been a lot of great people I’ve worked with over the years. I don’t know what else I would do – for me, nothing is as interesting and exhilarating as working in audio.

DCR: What challenges come along with being a woman in audio?

SG: As a female in a predominately male industry, I’ve had to overcome hurdles that many of my colleagues have not.  Back when I was at UCLA and applying to recording studio jobs in LA for the first time, my peers would tell me to not bother with certain studios as they only hired women as receptionists. Over the years, I’ve learned to grow a thick skin, as well as keep an open mind. That said, it’s awesome to see groups popping up within the industry that promote diversity among our peers.

DCR: What advice would you give to other women who are interested in a career in audio? 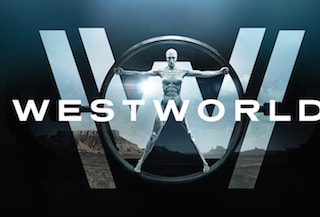 SG: There are a lot of big personalities in this industry and you just can’t ever take anything personally. Be nice to people because that’s what they are going to notice, but always remember that it’s about the job first. The person who’s the PA on-set today could be in the production office hiring you tomorrow, so you want them to know you work hard and are a team player. Always do your best, people will remember when you put the effort in.

The sound industry is a very tight-knit community; we love to mentor each other. I have friends all over LA and we’re always looking out for each other, whether it’s to bounce an idea or share new techniques. So, never be afraid to reach out and ask questions. Also, especially for women, be respectful of those who have come before you and have fought the battle so that you can be here.

Lastly, remember that you are a permanent student when you’re in the audio industry. The moment you have the attitude that you’re out of school, you’re done growing as a professional. As sound mixers, especially as technology continues to advance, we’re constantly developing and coming up with new approaches on how to do things. This is where having an open mind will serve you well.

DCR: Can you tell us about your first experience with DPA microphones?

SG: From the first time I got my hands on DPA microphones in 2013, I was hooked. I remember I came on to a set where I was going to be booming. Without taking a close look at the mics, I began my sound check and I immediately noticed the difference. I couldn’t believe how clear and natural the sound quality was—so full and so beautiful. As it turned out, I was using DPA’s 4017 Shotgun Mic. From that moment, I knew that was going to be my choice solution for booms—the sound quality simply cannot be beat. While working on this show, I also had the opportunity to get my hands on the brand’s 4061/71 Miniature Omnidirectional mics. They sounded so full and so natural. It was really beautiful—and that’s when I fell in love with DPA Microphones. From there, I began to share my love of the brand with other sound mixers, and a bunch of my colleagues jumped on the DPA bandwagon. I’m constantly raving about my DPAs. 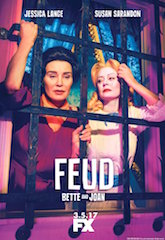 DCR: What DPA mics do you use, and what are some of the standout features or functions that have been helpful?

SG: Over the past seven years, I’ve acquired an arsenal of DPA solutions. This includes the 4017 Shotgun, 4061/71 Miniature Omnidirectional and 4098 Supercardioid Microphones. I turn to these for all my audio recording needs in TV and film applications. When I use DPA’s plant mics, I know I can just plug them in and hide them, and they’ll always capture crystal-clear sound while not being visible on camera. Sometimes, small microphones don’t sound very natural because of the reduced size of the diaphragm, but somehow the geniuses at DPA figured out how to make this work. Also, the 4061 and 4071 mini lavaliers are simply amazing—those tiny mics pack a big punch!

DPA Microphones’ build quality, coupled with its sonic palette, provide me with the perfect microphone solution for all my recording needs. Like paint to an artist, mics are everything to a sound mixer, and I need solutions that I can rely on. I often work in rough conditions—ones in which you wouldn’t want to introduce your microphones. With DPA, I know that the mics will survive no matter what environment I’m working in; and they’ll sound great the entire time.

Additionally, films are shot in a hundred different ways—shots, settings, locations—and then all of that sound goes to post-production to be blended together. With DPA, I can make the post team’s job easier because my microphones match sonically. This way, when they swap between the lav tracks and the boom tracks, it doesn’t jump out at you; it sounds seamless. The sonic consistency between DPA’s microphones is very impressive—you can’t hear a difference from one mic to the next. That’s very valuable to me as I typically work with multiple mics at one time. Personally, I always find DPA to be a joy to mix. Working with the brand always puts a smile on my face.

DCR: As a fan of DPA Microphones, how do the brand’s solutions improve your overall workflow when on-location?

SG: Directors are going to come up with an idea of how they want to do something — as a sound mixer, you have to make it work. To achieve this, I need microphones that sound great, don’t inhibit the actor and aren’t visible on camera. I found all of that with DPA Microphones. I’ve only had wonderful experiences with the brand, and with every DPA mic that I’ve managed to get my hands on, they just knock it out of the park every time. Nothing has come close to DPA in my world. I’m able to get everything I need I get a full-spectrum response with the most natural sound. I look forward to continuing to rely on DPA’s solutions on future projects.