Rising to the Challenges of All is Lost 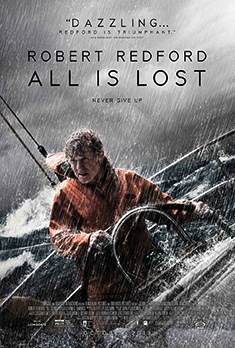 Frank DeMarco’s most recent assignment, All is Lost, was an opportunity for the cinematographer to re-team with director J.C. Chandor and to work with a legendary actor, Robert Redford. DeMarco and Chandor had success with their previous project, Margin Call, which scored at the box office and earned Chandor an Oscar nomination for best original screenplay. Like Margin Call, All is Lost was reportedly made for less than $10 million.

All is Lost is an allegorical tale about a solo sailor who faces mortality when his boat collides with a stray shipping container in the vastness of the Indian Ocean. Made mostly on the Titanic water stages in Rosarita, on the Baja peninsula of Mexico, All is Lost required extensive green screen and other digital effects work – one of the main reasons the filmmakers chose to shoot with Arri Alexa cameras, Codex Digital Recorders and the ArriRaw file format.

“The Alexa has a better color space than other digital cameras, which really helps when shooting green screen or black screen,” says DeMarco. “And that 16-acre exterior tank in Rosarita has a visible horizon line that must be smoothed out digitally – otherwise you can see the difference between it and the Pacific Ocean in the background. Plus, we had to digitally remove birds perched on that infinity edge.”

DeMarco fine-tuned the look with 1980s era Zeiss Standard T2.1 prime lenses. “I like to use older lenses,” he says, echoing a common sentiment among today’s cinematographers who are shooting on digital formats. “They’re a little smoother, and a little less incisive. I also used a short Zeiss lightweight zoom that is a newer lens. J.C., like so many directors these days, is enthralled with the look of 1970s films, but we wanted to give this film more of an ‘80s look, and the lenses as well as the lighting helped.”

Tank 4 at Baja Studios had a black curtain that could encircle the water tank for nighttime scenes. For daytime boat interiors and stormy boat exteriors, green screen was called for. Three versions of the 40-foot sailboat were used. Two of them had chopped masts, rigging, sails and keels to facilitate shooting in the smaller, shallower water tank set.

“Having a high resolution image really helped a lot,” says DeMarco. “We chose to go with Codex so that Bob Munroe, our visual effects guy, could have the highest resolution image to work with. With the wind and water cannons and dump tanks and spray and waves – all that stuff between what we were filming and the green screens – that’s a lot of messiness. He needed everything he could get in order to grab onto that green screen in the background and do his work putting in skies and waves and storms.”

The production had an advantage in that there was only one actor. That made scheduling easier, and helped in working around the “June gloom” marine layer of morning clouds that typically hugs the continent’s west coast in the spring and early summer months. 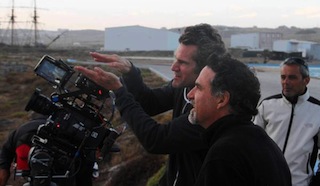 “We would schedule scenes with Redford that worked with the cloudy look in the mornings,” says DeMarco. “Then, in the afternoon, the sun would come out and we’d shoot sunny scenes. In the very late afternoon, we’d shoot the sunset scenes. The work was very physically demanding, but since Bob is fit and such a great actor he could usually get it done in just a few takes without getting too beat up. I operated the camera and had my share of bruised elbows, knees and shins.”

The older, more forgiving lenses helped a bit with Redford cosmetically. “I didn’t want to use filters, because I thought that would be fake, and because it might interfere with Bob Munroe’s effects work,” says DeMarco. “These lenses give a clean look, and they have a nice round, buttery feel. I didn’t flat-light Bob, and I didn’t do anything to hide wrinkles or age spots. You see Bob the way he is. But the lenses didn’t give too much information, the way modern lenses can.”

Redford, spry in his 70s, spent many days with DeMarco bouncing and sloshing around the interior of the boat cabin or hanging off the 60-foot mast. Stuntman Mark Norby took over where possible, but safety harnesses and wire rigs lengthened the list of digital fixes to be done later at Spin VFX in Toronto. Hydraulic gimbals offered a controllable way for the filmmakers to simulate the action of wind and waves on the boat.

DIT Todd Sansone had a high-quality monitor, but for the most part, DeMarco lit using his meter and his eye. “I tend to stay right there with the director,” he says. “To this day, I prefer to light by eye. I tell my AC crew the f-stop I want, and they know which NDs to add or remove. We all work together on exposure, but I determine the f-stop because I have nuance issues I like to deal with – just how soft the background is, and how textured I want the overall image to be. With these older lenses, there’s enough for my focus puller to be able to defend him- or herself, but there’s not so much that everything is too harshly sharp and unkind.”

Natural light was the main source, and sometimes reflections off the boat offered the right fill. “The deck of the boat was a very pale blue, so I got a wonderful sky-colored bounce back,” says DeMarco. “I also had butcher paper, which is sort of a brown shopping bag color. I use that all the time. I like that light tan bounce – it’s nice to skin tones. I hate a white bounce card. I also sometimes use 4-foot by 8-foot sheets of light birch plywood, with rounded or taped off corners to make them easy to handle.” 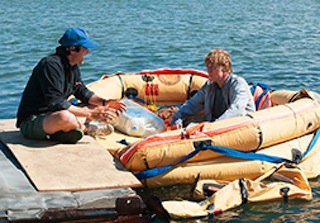 During the day, DeMarco often used Polarizing filters to help maintain some color in the sky. He didn’t need to use much in the way of electric lighting.

“In the afternoons, we had a wonderful edge light, just naturally, on the boat and on Bob,” he says. “Sometimes you get those late-day cloud banks on the horizon and just when the sun’s about to set, before it hits the horizon, it goes behind those clouds. So, if we started losing the sun, I had a couple Arri M18 HMIs burning so that we could quickly put an edge on Redford. It was a one person show, so I didn’t have to light the world.”

For boat interiors in Tank 4, a 60-foot by 60-foot double silk flew overhead with about 40 tungsten-balanced Spacelights above it, all on dimmers. That top light would sift through the portholes and deck hatches. Sometimes augmenting this light were Kinos placed against an out-of-frame porthole window, taped to a railing, or laid over deck hatches.

“That gave a wonderful light, so you could see the V-berth from all the way back in the kitchen,” says DeMarco. “There’d be this nice top light coming in hitting the bed and the V-berth and it looked really natural. It was pretty simple.”

The studio came with a large assortment of disused lighting gear left over from previous productions like Titanic and Pearl Harbor. Much of it was useless due to salt corrosion and age, but DeMarco did make use of an 8-foot-diameter silk ball, which he fitted with a 2K bulb and hung off an 80-foot crane in the deep background for moonlight.

For managing data on-set, a Codex Vault replaced a Codex Digital Lab during production, with the benefits of smaller size and increased portability. The Codex mags were downloaded into the Vault and the Arri files were archived to dual LTO-5 tapes and written to external eSATA drives. These drives were sent from Mexico to the United States. Once Deluxe had verified that the files were good, the DIT was able to clear the media from the Vault. Typically the DIT kept about a week’s worth of media on the Vault’s internal storage – verification took a couple of days so there was a safe and secure buffer zone for clearing media. Another benefit of using the Vault was the ability to run on batteries – the same batteries the Alexas were using – so the filmmakers were able to shoot and download out in the open ocean without a generator. 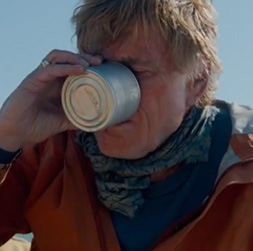 All is Lost includes more than 300 visual effect shots. Visual effects supervisor Bob Munroe says that a robust color workflow was essential to success. “We relied heavily on the quality of the footage that the Codex/ArriRaw workflow gave us,” he says. “Overall, the high fidelity of color space and resolution with the Codex/ArriRaw workflow were very important on the technical side, specifically with the generation of green screen keys, and on the creative side, such as matching the live action water to CG water and balancing the color when compositing foreground elements onto CG storm footage.”

Munroe adds that the best example of the Codex/ArriRaw workflow’s benefits for the visual effects is a shot of Redford’s character trying to outrun the storm. “It was a 40-second-long shot on a green screen stage that needed a fair bit of grading to match the CG background, which was created after the fact. But more crucially, we ended up completely re-inventing the camera move in post. Having the extra resolution to call on allowed us to dramatically re-frame the shot to convey the dynamism the director was looking for in the scene.”

The digital intermediate was done at Deluxe/EFilm in Toronto with Chris Wallace serving as colorist. Skin tones and matching were two of the concerns – Redford’s face can get ruddy, especially given the long days in the sun. The extra color data that comes with the Alexa/Codex/ArriRaw workflow was helpful here as well.

“I don’t know all the technical terms, because they seem to change every week,” says DeMarco. “But the bottom line, I find, is that the Arri camera and the ArriRaw format offers more dimension in terms of color capture. When I’ve used other digital systems, I found myself butting up against color correction problems, especially regarding skin tones. Balancing certain actresses’ skin tones with the surrounding ambience can be really difficult. If you balanced one, the other would suffer. If you changed one thing, it affected other things much more dramatically. You just couldn’t unlock it. It was somehow leveraged together. The color space with the Alexa is much more generous, and much more discrete, somehow.”

The production was finished a day early, so the filmmakers took Redford for a sail down the Pacific coast, grabbing man-on-boat shots. “In just that seven or eight hours, we had all kinds of different skies,” says DeMarco. “Just by turning the boat 90 or 180 degrees, we could get two very different sailing experiences. We got brooding clouds on the horizon over here, brilliant sun and clouds over there, and puffy clouds on this other horizon over there. So we had six or eight different sailing looks on this one outing with Bob on the final day. A surprising number of them ended up in the film and really served to sell the feeling of Redford being on the high seas and not in a water stage!”

“Aside from being a legend, Bob is a lovely guy to work with, and he’s a great internal actor,” says DeMarco. “It was fascinating just to work with somebody like that. I feel very fortunate.”