King began his career in the early ‘80s when editing sound meant working with Moviolas and mag. An early adopter of digital technology, he embraced tools that not only allowed him to better manipulate sound, but also to discover and experience sound in new ways. On the other hand, his artistic values and the way he goes about his work have remained consistent, varying little over a career spanning three decades and more than 80 films. He is currently working on Suicide Squad for director David Ayer.

“The way I work hasn’t changed very much,” King says. “On my first film, I didn’t have access to a sound library, so I started recording the sounds that I needed. I still like to do lots of recording. The editing tools themselves have become very powerful, and great time-savers, but the imagining process takes what it takes. The digital tools allow the time for a lot more experimentation than was possible on film.”

For King, creating sound for a film usually begins with research. In preparation for the space epic Interstellar, King combed through audio archives maintained by NASA. “They have fantastic audio and video libraries, all available online for free,” he observes. “It’s not usable as motion picture sound, but its very inspiring material for ideas. When you listen to a shuttle launch, when you hear what the astronauts heard inside the cabin (or would hear if they had their helmets off), you really start to appreciate what a powerful event a launch is. There’s lots of random bangs. It’s very loud, but as the atmosphere gets thinner, it gets progressively quieter - literally within a few minutes.  Really shows the extreme physical sensations of space travel.” 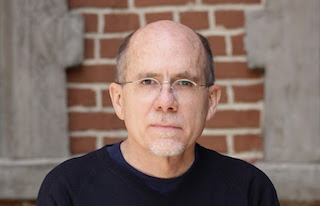 King’s Interstellar sound also drew inspiration from amateur recordings of a large meteor that crashed in central Russia in 2013. “It was captured by dashboard cams and people filming out their windows,” he recalls. “One in particular included multiple sonic booms generated as the meteor broke apart high in the atmosphere. It sounded like a huge sky dragster backfiring for many seconds.  Very impressive. It was clearly a very large sound happening a long way away. Hearing something like that is good inspiration when you’re trying to make sounds for some very powerful event.”

King says he received his film education from working with amazing directors. Robert Altman, Nicolas Roeg, Paul Thomas Anderson, Peter Weir, and Christopher Nolan are some of the directors with whom he’s collaborated. “I’m lucky to work with directors who are very interested in sound,” he says. “They are active participants in the creation of the track and passionate about the sounds in their movies.”

He has worked with Nolan long enough that they usually dispense with an initial spotting session to discuss sound. “I start sending Chris and his editor, Lee Smith, sounds early on for them to use and provide me with feedback. This gives us a common frame of reference to work from.” 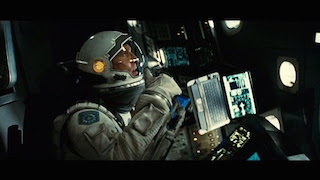 A sound can be difficult to describe in words. King recalls a memorable scene from War of the Worlds when towering alien machines burst out of the ground and rise into the air. “Spielberg wanted something very specific for the alien tripods ‘voice’; he knew what he wanted it to sound like, and actually performed the sound for me,” King says. “It turned out to be not so easy to make though. The trick was getting it to sound like it was coming from those huge threatening machines and was a sound you could hear for miles. It needed to be scary, aggressive and dirty – almost lo-fi. It was a bit of a journey to get to there but when I finally made the sound Steven heard in his head, it was a big relief.”

King often spends 30 or more weeks working on a big, studio film. Sound work on Master and Commander spanned a full year. King notes that, as part of his own preparation, Peter Weir spent weeks on a period sailing ship in the waters off Australia in order to better understand the experience of 19th century sailors. He urged King to recreate the aural side of their world. “A wooden ship is a living thing, it creaks and groans, it speaks,” he says. “Peter knew that sound would be a big part of making the audience feel that they were on that ship.”

For Weir’s 2010 film The Way Back, about escapees from a Soviet gulag who trek 4,000 miles to freedom, King went to extraordinary lengths to add realism to that most basic of sound effects: the footstep. “The characters walk from Siberia to India. They walk through snow, across the Gobi Desert, over mountains. It’s a movie with a lot of walking,” he observes.

“We normally record footsteps on a Foley stage but for this film we recorded footsteps in remote exterior locations, the California desert for sand and Montana to record footsteps in snow. We then cut those footsteps like sound effects, one by one. We wanted to emphasize the character’s struggle, the sound of their footsteps became like their pulse. As small a detail as the right footsteps can make a difference in how you perceive their world.”

In advising young sound editors seeking a career in film sound, King counsels persistence. “Don’t give up. Keep pushing,” he urges. “Sound editing is not a ‘normal job’ and there are a lot of passionate people who want to do it. You have to be patient and you have to network. It’s like fishing, the more lines you put out, the better your chance of getting a bite.”

For his part, King has lost none of the enthusiasm or drive that first drew him to the craft of sound. “I love what I do,” he says. “If you’re engrossed in your work, if it challenges and excites you, if you continue to learn and expand your mind, what could be better than that? I find it an enjoyable way to spend my day.”