The Revenant: From Chivo’s Perspective 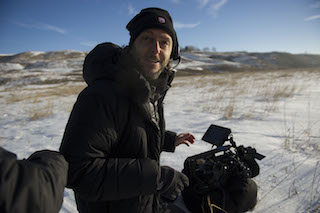 Along with being one of the most hotly anticipated movies of 2016, The Revenant is also highly likely to carry away a clutch of major prizes during awards season. In addition to key nominations for best film and best acting in a motion picture, the movie has also secured nominations for best cinematography. Little wonder. The work of Mexican DP Emmanuel “Chivo” Lubezki AMC ASC – working in horrendous cold and using only natural light – has been lauded by the critics as the “consummate cinematic experience.”

Lubezki is one of the most respected cinematographers working today, and he loves a challenge. He landed his first Academy Award in 2014 for helping to create the cutting-edge illusion of Sandra Bullock’s space odyssey in Alfonso Cuaron’s Gravity. He collected his second Oscar statuette in 2015 for outstanding creative and technical work on Alejandro G. Inarritu’s Birdman, or (The Unexpected Virtue of Ignorance), a movie that seemed to be one single take. Both movies incorporated Codex ArriRaw workflows.

The Revenant, also directed by Inarritu, is based on the true story of fabled frontiersman Hugh Glass (Leonardo DiCaprio) who was left for dead, more than 200 miles from the nearest American settlement, following a savage mauling by a grizzly bear. Despite terrible injuries, the grief-stricken trapper toils through the wintry wilderness to track down John Fitzgerald (Tom Hardy), the former confidant who betrayed and abandoned him.

For The Revenant, Lubezki says, “We wanted a strong, visceral, immersive and naturalistic experience for the audience – not just to follow the journey of the central character, but to make it feel as if it was actually happening in front of their eyes. We wanted them to feel the sheer cold, to see their purple lips and the breath of the actors on the lens, as well as experience the powerful emotions in the story.” 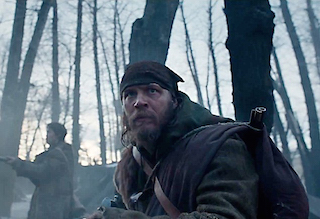 Originally, Lubezki had planned to shoot the daytime sequences on film, with digital at dusk and at night. However, during the first stages of the shoot, in Canada in October 2014, in temperatures as low as -30C, he discovered the digital cameras – Arri Alexa M and XTs – were outperforming the film cameras by a wide margin.

“With the digital cameras, we discovered there was a mystery and intrigue, in both tone and mood, to images that were shot at different times of day, that just did not appear on film,” he explains. “So it was with some regret that we sent all of the film equipment back to Los Angeles and went completely digital.”

As if by happenstance, Lubezki’s decision to eschew celluloid on the movie came as Arri was releasing the first of its Alexa 65 large format camera systems.

“From the very moment I got the Alexa 65, I was sure I wanted only to use digital cameras, and to use the Alexa 65 as much as possible on the movie,” he exclaims. “The images had the immersive and experiential qualities we had imagined at the very start. Not a representation of the story, but reality – as if you are there, looking through a clean window.”

In collaboration with the director, Lubezki elected to shoot 2.40:1 with wide spherical lenses, as this was the most immersive format. The production shot with Master Primes, mainly 12, 14 and 18mm, and also with the Leica Summilux 14, 16 and 18mms, as they are much lighter for handheld. Lubezki says he didn’t use diffusion, as he prefers to capture as clean and crisp as possible on the day and then make changes afterwards in the DI. 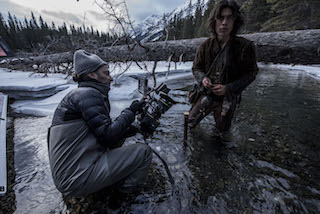 “We tried Anamorphics, but they have less depth-of-field, and you cannot get that close to the characters,” he says. “I did not want to have blurred backgrounds. Shooting spherical allowed me to frame the characters in their context, but you can still make out the rest of the environment. We shot at a minimum of T5.6 so the images have lots of depth-of-field, and are composed with lines of perspective giving a dynamic look. The combination of these lenses on the Arri Alexa cameras, and the proximity were ware able to achieve to the actors helped to give the experience of piercing cold – you can see frozen hands, and the condensation of the breath.”

Lubezki estimates he used the Alexa 65 about 40 percent of the time on the movie. “At the beginning I imagined that I would only use it for landscapes. It is much heavier than the Alexa M so it was not suitable for handheld. In low light I had to switch to the Alexa XT. But little-by-little, every time I was able to use it on a crane, dolly or a stand, I made sure I did. We did some Steadicam with it too.

“The reason I wanted to use the Alexa 65 so much is that it is first time I have felt a camera and lens could capture what I was seeing, what I was feeling. Before the Alexa 65 there was always some compromise – that you were only shooting part of what you wanted – but this gives you everything.”

Whilst Lubezki was able to use the Alexa cameras to capture an environment imbued with a sensation of terror and fear, he’s also appreciative of being able to shoot natural beauty too.

He notes: “As we were in a place without urban light contamination, sometimes we used the silvery light of the moon, and you will see stars in the movie. One night, we also captured the green shaft of light of an aurora borealis. It’s one of the most mysterious, moving and beautiful things I have ever shot.”

Lubezki completed the DI on The Revenant with Steve Scott at Technicolor. “Because we shot with natural light and had little control on-set, I knew exactly what I wanted to do in the DI – to darken backgrounds, lighten a face, change a sky. It was a complex DI in that respect, but I love this collaborative part of the cinematographic process.”