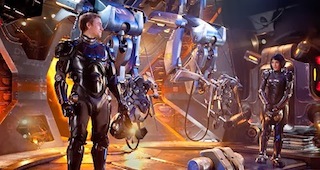 Four years ago John DeBoer, chief operating officer of Toronto-headquartered SIM Digital sensed that the rental house business model needed to evolve. At that time, SIM had been operating for nearly three decades and become one of the top rental houses in North America for cameras, editing systems and a variety of other gear for television, commercials and broadcast production.

The rental business was going through a radical shift as productions were abandoning 35mm film in favor of digital capture. The shift involved more than switching cameras, the entire production and post-production workflow—one that had been in place for decades—needed to be reinvented in order to accommodate imagery in the form of data files rather than celluloid.

There were growing pains, recalls DeBoer, as producers, and others in the production chain, grappled with the different file formats produced by the increasingly broad selection of digital cinema cameras. The effort to develop smoothly functioning workflows to manage data as it moved from the camera through dailies processing, editorial and post-production was fraught with technical difficulties and sometimes led to conflicts. 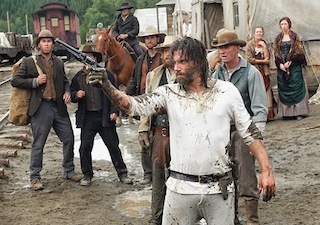 SIM began developing a way to avoid such problems when it was contracted to supply camera systems for a commercial for one of the world’s top athletic shoe companies. It was a massive production, involving some 57 Red cameras operating simultaneously from hidden positions along a Toronto street. Monitoring all those cameras would obviously be a huge challenge, so SIM brought in digital workflow specialist, Bling Digital, for help. Bling set up the video assist and managed, with the support of SIM’s fiber optic gear, to get all 57 cameras recorded and displayed on 50-inch plasma screens. “It all clicked,” DeBoer recalls.

That success prompted SIM to explore further opportunities to collaborate with Bling. They next worked together on the SyFy series Warehouse 13. Once again, SIM supplied the cameras and Bling handled video assist, dailies and data services. The companies’ engineering staffs worked together to iron out workflow issues so that the production wouldn’t experience any technical snafus. The arrangement worked well and several other television series followed, including Suits, Covert Affairs and Against the Wall.

Problems between the camera department and post vanished, DeBoer says. Any technical issues that arose were solved internally. “If there was a bad cable or whatever, we’d know about the problem before production was aware of it and have it solved,” he notes. “It gave a huge boost to the producers’ confidence level. They no longer had to worry about technical issues. If a problem occurred, we didn’t point fingers, we just fixed it.” SIM eventually bought Bling and integrated it into its post-production department.

In 2011, SIM began applying its new model to productions in Vancouver. Its first project there was the NBC series Psych. “It exploded in Vancouver,” DeBoer says. “Pretty soon, producers were coming to us asking for it the ‘Psych’ treatment. We’d do cameras, we’d do dailies, we’d do playback, we’d handle that whole side of the production.”

Part of what made SIM’s new model so appealing was that it reduced productions’ reliance on external post-production infrastructure. SIM’s Bling unit developed P.O.D. (Post On Demand), modular, cart-based systems that could be configured for a variety of traditional post-production functions including dailies processing, editorial and color grading. Services that formally were sent out to brick and mortar post-production houses, could now be performed on-set or in a near-set environment. By reducing costs and delivering increased production and creative flexibility, Post On Demand proved very popular among television productions.

At the same time, SIM began expanding its physical resources. It opened or expanded new offices in Los Angeles, Atlanta and Halifax, giving it the geographic reach to service productions throughout North America. It also purchased the post-production finishing operations of Master Key Digital in Los Angeles. Those facilities are now used to perform color correction and finishing for Suits and Covert Affairs. 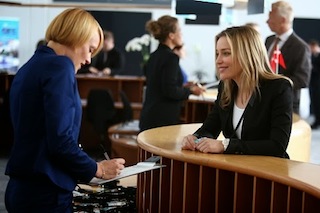 “Hell on Wheels is a good example of what we’re doing now,” DeBoer notes. “We do camera, we do dailies, we manage a high-speed pipeline to L.A., we support editing suites in Calgary and L.A. The Avids in L.A. are located in our production offices. Dailies get pumped directly to our office in L.A. They do the edit and the execs look at the edit there.”

“We now have the ability to handle the data for a project from beginning to end,” DeBoer adds. “It never goes to another house. The producers don’t have to worry about different codecs. They don’t have to worry that someone might change a setting somewhere in the system not knowing how it might impact someone farther downstream. Our engineering team is made up of camera people and post people. When a new camera comes out, we work the workflow for production and show them the workflow before they start shooting.”

It’s not just TV. Last summer, SIM provided a range of services for Warner Bros.’ sci-fi epic Pacific Rim, which was shot primarily at Pinewood Studios in Toronto. “We built a post house in the production office,” DeBoer recalls. “They were shooting downstairs. We brought the data upstairs where we had seven edit suites. We created the ability for ILM to draw visual effects shots straight from the servers. Everything was in-house. Nothing went to a lab.”

SIM Digital today is no longer simply a rental house. It is designing customized workflows for productions and providing services that once were the domain of post-production facilities. “We consider ourselves a partner to the producer,” DeBoer says. “When producers come to us, they often ask us to explain our service. We respond by saying, ‘No, you tell us what you want to do, and we’ll adapt our system to your needs.’ We’ll design a system from the camera through post to whatever makes the most sense financially and artistically.”

“It’s all about moving data now,” DeBoer concludes. “Productions want to be able to move data from point A to point B without problems or confusion. We see our role as making the producer’s life as simple as possible.”