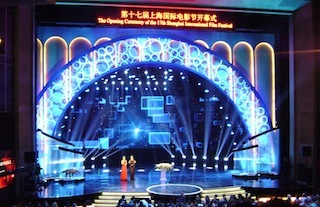 The 17th Shanghai International Film Festival opened with the screening of the classic Chinese film Stage Sisters, which has been fully restored in 4K. Directed by the late Chinese director Xie Jin and first released in 1964, the 50-year-old film is now widely regarded as Xie’s masterpiece.

Stage Sisters is also the first full color feature film to be restored in 4K by the SIFF using the latest restoration technologies at Italy’s L'Immagine Ritrovata film restoration laboratory. The screening of this film at SIFF also marked its worldwide debut in full 4K. 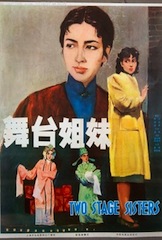 “The organizers of this year’s SIFF have chosen Stage Sisters as its opening film to reflect the cultural, historical and technological elements of this truly international film event,” said Ming Zhang, marketing director, Shanghai International Film Festival Limited. “The screening of restored film masterpieces demonstrates the pioneering effort by the SIFF to support and breathe new life to classic Chinese films which are part of our enduring film history.”

“This opening of this year’s SIFF coincides with the annual Cultural Heritage Day and we hope that through the screening of Stage Sisters as the opening film, it will create awareness of the need to protect our film and cultural heritage. We are glad to have Christie as our exclusive digital projection partner once again to continue the creative process for the past six years. And we certainly look forward to more fruitful years of collaboration with digital cinema projection leaders such as Christie.”

Lin Yu, vice president, Christie Asia Pacific, said, “As the hub of Chinese film art, Shanghai is the place where many dreams become reality on the screen. As the barometer of China’s movie industry, the SIFF gathers the best film professionals around the world for this annual event. Christie, as a world leader in digital cinema projectors, is honored to be associated with the festival. We’re very happy and honored that the Christie Solaria CP4230 digital cinema projector is deployed to screen the fully restored version of the late Chinese director Xie Jin's masterpiece Stage Sisters in its 4K glory.”