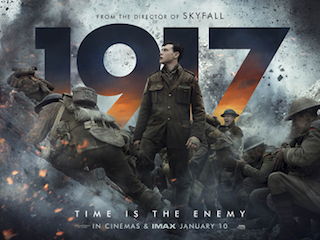 More than $2.6 billion in domestic box office might have been sacrificed in 2019 had a 17-day window been in place. A new report from the research firm Gower Street Analytics shows that 24 percent of total box office across the domestic market last year was taken beyond Day 17 of release. In the most dramatic example of this, Sam Mendes’ 1917 grossed $129 million at the domestic box office beyond Day 17 – an astonishing 81 percent of its lifetime gross.

The time frame of the exclusive theatrical window has been a focal point of conflict between exhibition and the studios for over 70 years. With the rise of streaming services and digital distribution over the last decade it has intensified and the resulting shutdown of movie theaters due to the COVID-19 crisis has only stoked the fires further. This most recently culminated in a deal between AMC Theatres and Universal that would allow Universal to release their titles on PVOD after just 17 days in cinemas, a significant shift down from the traditional 90-day window. This agreement currently only covers the US, but a potential international rollout is planned to be discussed.

The announcement brought Day 17 into sharp focus. What is actually the amount of domestic theatrical box office that is taken by and after Day 17 of a release?

Utilizing data from our partners at Comscore we can determine that at least $2.6 billion in domestic box office was generated after Day 17 by films released in 2019. This is nearly a quarter (24 percent) of total box office ($11 billion). Our data set specifically considers English language titles released in 2019 with a lifetime box office higher than $1 million. 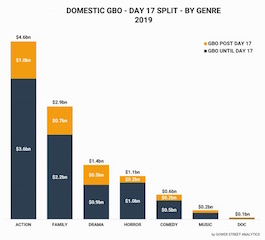 Of course, different types of films have different playouts and market potential. The graphic below displays the box office achieved up to and including Day 17 of release (dark blue) and after (orange) for seven key genres last year.

The titles clustered into the action genre (including superhero films) took in nearly $1 billion ($964 million) beyond Day 17. However, the proportion of box office taken after Day 17 (21 percent of lifetime) is lower for action titles than most other genres (second only to horror – 15 percent).

The titles categorized within these three main genres produced $2.2 billion of box office after Day 17 of their release. This represents 84 percent of our $2.6 billion total.

Within the group of highest grossing titles post Day 17, two stand out that were only around the middle of their run. Kevin Hart comedy-drama The Upside (classed as comedy) grossed $44 million in the post-Day 17 timeframe. This represented 41 percent of is total domestic box office. Knives Out might have been even more greatly impacted by a 17-day window with 54 percent ($90 million) of its total taken after Day 17. 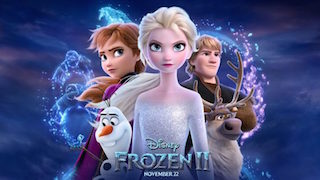 For an awards season release, which traditionally sees a long tail, the impact of a short window could be potentially devastating. As noted before, Sam Mendes’ 1917 grossed $129 million at the Domestic box office beyond Day 17 – an astonishing 81 percent of its lifetime gross.

However, some titles are more notably front-loaded. X-Men: Dark Phoenix, Terminator: Dark Fate and Gemini Man all saw less than 10 percent of their lifetime totals taken after Day 17.

In a time when deals like the one between AMC and Universal look to reduce the exclusive theatrical window, it will be more vital than ever to decide on each individual title’s potential and playout pattern in order to determine how best to release it. As shown above, in a year like 2019, a collective amount of $2.6 billion theatrical box office could be at stake.

This analysis deals with knowns, not unknowns. Behaviorally, more complex shifts may also be expected. A change in consumption as a result of earlier PVOD availability has not currently been taken into account. A recent survey by Performance Research in partnership with Full Circle Research (published in Variety), focused on U.S. consumers, suggested that some respondents would be more likely to wait for streaming options and forego theatrical completely if the window were reduced to 17 days. Of the 1,000 respondents surveyed those who said they would “probably” or “definitely” see a movie theatrical before streaming fell from 22 percent with a 90-day window to 16 percent with a 17-day window. All surveys naturally have limitations and should not be considered in isolation but any reduction in the box office taken in those first 17 days would only add to that potential total reduction in theatrical box office.

The AMC/Universal allows for the provision to release films to PVOD after 17 days but that does not necessarily mean this would be the case for all titles. It also need not prevent exhibitors from continuing to play popular titles in theaters and add further to theatrical totals.

This analysis is based on historical data provided us by our partner Comscore. To shed more light on the topic of windowing, Gower Street is exploring this theme more deeply, across more markets, regions, and years, and will be publishing further research in this area in the coming weeks.