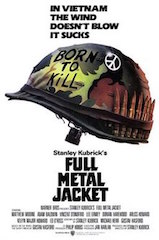 On the traditional sound stage, wired boom mics largely defined the limits and possibilities for film and television production. Over the past thirty years, sound engineer Edward Tise has pioneered advances in wireless audio to expand the possible. Now, equipped with the Sony DWX Series digital wireless microphone system, he wields a creative palette that alters the look and feel of what we see and hear on screen.

Tise began his career working on documentaries. He made a turn into dramatic films after being recruited by legendary director Stanley Kubrick for his landmark Full Metal Jacket. His documentary sensibilities proved right for capturing the gritty realism portrayed from boot camp to combat. The shoot, like so many of Kubrick's classics, required innovation to express his singular vision. Kubrick insisted that Tise not use any boom mics because he saw them as a distraction to actors and a hindrance to his ability to pan up on a scene. The solution? Utilizing wireless body packs. Kubrick was not confident in the technology, then in its infancy. Tise made it work.

"Wireless mics have become a crucial technology to enable the evolution in how directors work," said Tise. "In the '60's and '70's, you had single-camera wide, establishing shots where you never heard what actors said. Now, we have multiple cameras shooting establishing shots and close-ups at the same time. We're also working in smaller spaces where it's hard to get into a good position (with a boom mic) between lenses and lighting. You need no-compromise wireless to make this happen. Full Metal Jacket marks a turning point since we had to go past the limits of wired mics to get where we needed to be. Wireless then had real limits that we had to work around. Still, this was obviously the way of the future."

The result speaks for itself. The film was an instant classic accentuated by the realism of the audio. Kubrick did make one special concession to wired technology, immortalizing Tise's role on the production. The only boom mic that made it in Full Metal Jacket is on-camera. In a memorable scene, Tise has a bit part running audio in a film crew interviewing soldiers. 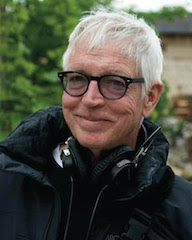 Since that noteworthy start, Tise continued to refine and advance his technique in dozens of well-known productions including Kubrick's next, final film Eyes Wide Shut. Since, his signature detail-rich sound has helped define dozens of features including Three Kings, Love & Mercy, as well as TV work including Fear the Walking Dead. Along the way, his portfolio reflects the enormous advances of wireless audio culminating in Sony's DWX Series.

According to Tise, the arrival of Sony's true digital wireless transmission put an end to shortchanging quality for convenience necessary with earlier analog technology. To appreciate the significance, you have to understand the issues previous analog technology introduced.

"I'd plug an excellent boom mic into a wireless system using a compander and get the unwanted distractions of a stressed wireless component,” said Tise. “Bright, percussive sounds like keys, coins and sibilance tracked poorly with unnatural results. Dynamic swings introduced noise at low levels and crushed peaks, flattening performance.  The introduction of the Sony digital DWT-P01 plug-on transmitter with DWR receiver marked a fundamental advance that finally brought wireless sound quality to where it is indistinguishable from wired."

Now, with Sony's digital wireless, the boom mic is able to play a proper role balancing wireless body packs to capture a complete sonic environment full of detail and depth with ease. Add to that a host of added functionality and features built into the DWX series. 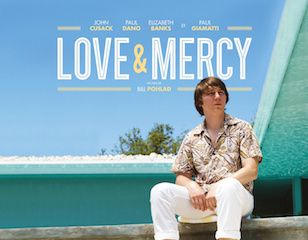 "The operating system gives an incredible amount of control. Remote control of transmitter functions from the DWR receiver seemed like a luxury feature at first, but soon I couldn't do without it. After the shortest trial run with the equipment, I bought the first units that came onto the market," Tise said.

"Using the body packs on key actors pulls detail out of the soup that I've never heard before. You really see this with low-level performances, when dialogue gets quieter, dropping into whispers. The intimacy of the performances comes through and this cuts the need for looping lost lines that is a constant issue with boom mics," Tise said.

But dialogue is just one element on set.

Being able to catch the right tone and texture was essential for his work on Love & Mercy, the acclaimed Brian Wilson Beach Boys bio. Variety's review singled out Tise as the "real hero of the below-the-line crew" for creating a visceral experience with rich elements including "elaborate mosaics of sounds of silverware on porcelain."

"My signature is capturing detail, communicating the feel of the on-screen experience. The Sony wireless system close-in picked up all this depth in Love & Mercy. Plucked strings, tapping on a drum kit - the radio mic captured it like it was foley (recorded effects)," Tise said. 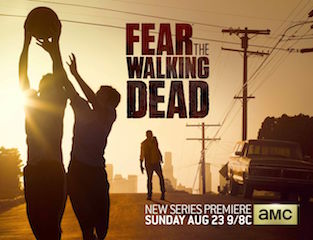 While audio quality is first-and-foremost, he said the Sony system's wide-ranging utility has also brought many welcome surprises.

"I'm always concerned about range. Sometimes, you're lucky to get fifty feet, but I discovered what the DWX can do almost by accident on Fear the Walking Dead. I set the transmitters to 10mW (milliwatts) for a scene with two actors in a car with the camera mounted on the hood. They took off, driving some 400 yards off and it still worked! Since, I've gone a full 1/4 mile at 50mW," he said.

As important is the bandwidth and frequency separation. The DWX-series tripled the bandwidth allowing Tise to trim his production kit, a great benefit for location shooting abroad.

"The wide spectrum and close channel spacing makes efficient use of our shrinking RF world. Sony’s three different spectrum blocks (up to 72Mhz each), and the fact that true Digital Wireless transmission has almost no IM (Inter-modulation distortion, allowing for even spacing of channels), lets me have plenty of spectrum for many more compatible channels when using multiple systems simultaneously.  I can also tune them in 25KHz increments if needed for integration in mixed systems.  With the previous technology, I had to carry massive amounts of gear to have enough channels and separation to get past frequency issues."