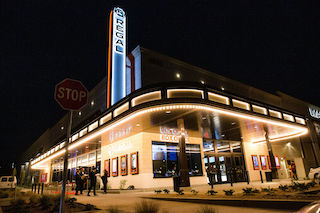 Newly released films including The Unholy, Tom & Jerry and Minari (nominated for six Academy Awards) will headline the theatre’s reopening along with a strong slate of highly anticipated movies opening in the coming weeks including Mortal Kombat, A Quiet Place Part II and Top Gun: Maverick.

The theatre’s reopening plans include a wide range of health and safety measures that adhere to the CinemaSafe protocol and guidelines developed and supported by leading epidemiologists to support a safe return to movie theatres.

Commissioned by the National Association of Theatre Owners, CinemaSafe is an historic alliance of more than 435 companies representing more than 3,200 locations and 33,250 screens nationwide who came together to commit to implementing expert-backed, industry-specific health and safety protocols which put the health and safety of guests and employees at the center of movie theatre operations across the country.