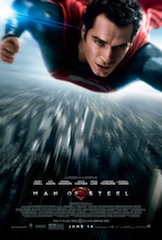 Dolby Laboratories and Regal Entertainment Group announced today that Regal recently installed Dolby Atmos in 20 of its big-screen RPX: Regal Premium Experience theatres. The systems were installed in time for the premiere of Warner Bros. Man of Steel.

“Dolby Atmos is a great new addition to what makes movie theatre sound such a superior environment for viewing films, and it enhances the immersive experience,” said Rob Del Moro, chief purchasing officer, Regal Entertainment Group. “We’re all familiar with the evolution of image clarity that came with digital cinema. Now, Dolby Atmos can provide greater definition and dimension to moviegoing as sound moves around the auditorium with precision placement to match the action as the filmmakers intended.”

“Dolby Atmos lets filmmakers decide where specific sounds should be placed or moved within an auditorium to make audiences feel as if they, too, are in the middle of the onscreen action,” said Doug Darrow, senior vice president, cinema, Dolby Laboratories. “It is a real paradigm shift from traditional approaches like 5.1, 7.1, and 11.1, where filmmakers had to think about channels and the number and location of speakers.”

The news comes on the heels of Wanda Cinemaline Corporation, owner of the largest cinema chain in China, decision to deploy Dolby Atmos as the standard audio system for its giant screen, X-Land.

The addition of these major global exhibitor deployments brings the count of Dolby Atmos installations to nearly 200 screens globally, up from nearly 40 screens just six months ago.

The first Dolby Atmos title, Disney/Pixar’s Brave, was released just one year ago, in June 2012. Since then, nearly 45 titles have been announced or released with Dolby Atmos.

Currently, Dolby Atmos is playing in RPX at Regal E-Walk Stadium 13 on 42nd Street in Manhattan and Regal Hacienda Crossings Stadium 20 outside San Francisco. Regal added Dolby Atmos in time for the June 14 opening of Man of Steel at these locations: