A Really Big Screen in the Big Easy 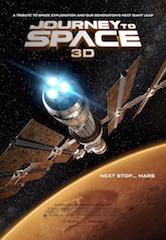 New Orleans’ Audubon Nature Institute now claims one of the largest and most sophisticated movie theatres in the nation. The facility has a 46-foot by 76-foot screen and the picture and sound technology to support it. The $1.2 million Entergy Giant Screen Theater debuted with Disney's full-length feature The Little Mermaid in 3D.  A grand opening is planned for November 18, which will include the premiere of Journey to Space, a documentary on the ongoing mission to Mars, narrated by Patrick Stewart and presented by the theater's sponsor, Giant Screen Films.

ES&T's cinema engineers went all out redesigning and renovating the existing audio and visual experience at Audubon by specifying, coordinating and installing an entirely new, bigger-than-life, fully digital and immersive sound cinema auditorium.

This transformation required a lot of technology and pre-planning.  They started by replacing the existing projector with the new Christie super high resolution Duo 4K digital projector because it delivers amazing clarity and realism. It needed power to project onto a 46-foot high by 76-foot wide Severtson silver screen, one of the largest operational screens nationwide.

Installing the Dolby Atmos immersive sound proved to be a much more complex challenge.  ES&T would have to safely install, wire and aim 24 wall mounted QSC surround speakers and 14 ceiling speakers, above the audience in a very large volume of space, certainly no small feat for Entertainment Supply to install.

The problem was how were they to install these speakers in precise locations throughout the huge domed auditorium and achieve the totally immersive sound they wanted without creating an acoustic installation and liability nightmare.

ES&T turned to Adaptive, which has already created installation solutions for thousands of cinema auditoriums as well as several IMAX auditoriums around the world.

"We saw that immersive sound would be a hit but, although our loudspeaker mounting systems already offered precision aiming for tuning the room, extra precautions would be necessary to assure that ceiling and wall mounted speakers could be installed quickly and safely to eliminate the possibility of a liability issue," said Olivier Frans, global sales manager cinema solutions for Adaptive Technologies Group.

Adaptive developed an installation system called StarGrid, which is essentially an overhead frame that floats above a dropped ceiling, out of view, and provides a safe way to install and aim this complex network of QSC speakers with a redundant back up safeties, precise 3-axis aiming and wire management.

ES&T’s Bruce Schneiter said, "Thanks to Adaptive's StarGrid system, ES&T installers were able to complete the installation of 14 ceiling and 24 walls surrounds in 14 days to meet their install deadline and allow Audubon to soft open on October 15."

The digital transition allows us to continue to offer quality institutional movies, and maybe participate in alternative content such as live concert or theatrical events, speaking presentations, gaming events and movie festivals," says Audubon director of theater operations Rodney Daniels of the potential of the renovated Entergy Giant Screen Theater.