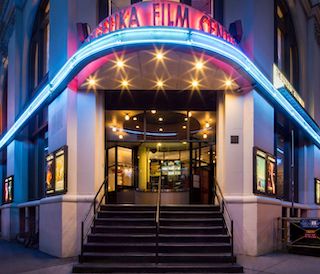 Reading International has launched Angelika Anywhere, a streaming platform curated for film lovers, as inspired by its Angelika Film Center in New York City, one of North America’s most recognized dedicated arthouse. Since its inception in 1989, the Angelika’s flagship SoHo cinema has been debuting and celebrating groundbreaking independent and international films, many of which have gone on to become important pinnacles of the cinema industry at large.

Angelika Anywhere expands the cinema experience beyond the four walls of the theatre, bringing the Angelika Film Center’s curated programming to cinephiles across the United States. The platform’s programming team has hand-picked an array of celebrated arthouse, international and independent films, and ensured that all films on the platform have earned the Angelika’s stamp of approval.

Angelika Anywhere features Curated Collections starting with The Angelika Vault, which features a selection of films that have played at the Angelika in New York over the last 30 years, including audience favorites, milestone films and programmers’ picks. Other Curated Collections include Celebrate Black Cinema, Global Cinema, Spotlight on Latin America, LGBTQ+, Award Winners, Music and Documentary.

“We are thrilled to offer viewers the Angelika experience at home or on the go,” said Denise Hughes, senior director of programming. “With Angelika Anywhere, our goal is to eliminate the paradox of choice – the endless scrolling through seemingly infinite choices on other platforms - and offer great films front and center so a viewer can start watching a film in moments, with the knowledge that it was hand-selected. At launch, the platform offers immediate access to over 150 titles, and we will be frequently adding films and creating new collections moving forward. We are also thrilled to provide audiences access to select virtual cinema titles, whose intended theatrical release has been cut off or postponed due to cinema closures amid the COVID-19 pandemic. Angelika Anywhere offers us a great opportunity to preserve for our viewers access to the films that have, over the years, made Angelika a trusted name in arthouse, independent and international film.” 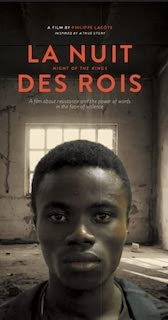 The film is the official Oscar selection by the Côte d'Ivoire for consideration at the upcoming 2021 Academy Awards.

Night of the Kings, from director Philippe Lacôte (Run, African Metropolis) follows a young man on his first night in the infamous Ivorian prison, La Maca. Upon arriving, he is christened the Roman, or Storyteller, and must entertain his audience until morning, risking death should he fail. Under a blood-red moon, he crafts a tale weaving together the country's mythological past and recent history, while around him, prison politics threaten to boil over.

In the first exclusive virtual filmmaker Q&A on Angelika Anywhere, Denise Hughes will be speaking with Oscar winning director Juan Jose Campanella about his new film The Weasels’ Tale - the enjoyable story of four lifelong friends that is Sunset Boulevard meets The Best Exotic Marigold Hotel, with a Latin Twist. Campanella’s Q&A will debut on Angelika Anywhere on January 2 at 8 pm EST. 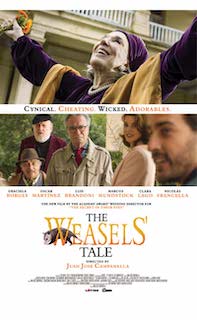 Angelika Anywhere does not require a subscription. Users only pay for each film they rent or purchase.

Once users rent a film, they have 30 days to begin watching it. Once they press play, the film will remain available for 48 hours.

A user’s rented and purchased films will be stored in their library. Users may also click on My List to add any film to their personal watchlist.

Users who download the Angelika Anywhere Player app on the App Store or Google Play can log in and access/stream their personal film library.