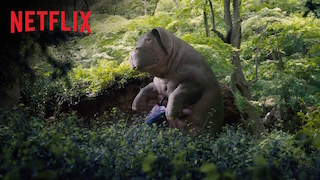 Netflix this week committed to streaming its movies in both Dolby Atmos and Dolby Vision high-dynamic range formats. It is the first global on-demand service to commit to combining both formats. Okja, the critically praised Netflix Original Film, is the first film available in both formats. Additional Dolby-supported titles are coming soon, and the catalog will continue to grow. Okja will be released to select movie theatres this week as well. Netflix has raised the stakes again.

Skeptics may dismiss this as unimportant because the average home – and, in fact, the average movie theatre – doesn’t have the technology in place to adequately present Dolby Atmos and Dolby Vision. That misses the point. Throughout the history of motion pictures the creative community has driven the quest for higher quality image and sound. This is how change happens. Netflix is making yet another powerful statement that it supports the creative community and that will have positive consequences long term.

“Netflix and Dolby share the same vision for delivering spectacular experiences to consumers,” said Giles Baker, senior vice president, consumer entertainment group, Dolby Laboratories. “With consumers already able to experience Dolby Vision on Netflix, it was a natural continuation of our partnership to bring a new level of immersive audio with Dolby Atmos to Netflix members around the world.”

“With the addition of Dolby Atmos support on Netflix, we are enabled to deliver the most cutting-edge experience to our global members and provide another creative tool to the artists,” said Greg Peters, chief product officer, Netflix. “I’m excited for Netflix members all over the world to be able to get a theater-quality experience in the comfort of their own homes.” 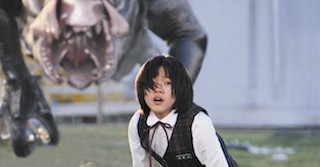 “In creating an immersive atmosphere, sound is just as important, if not more important, than the picture itself,” Peters wrote on the company’s blog. “It is a critical tool to extend the storytelling beyond the screen and draw audiences into the narrative.”

“Imagine being surrounded by the sounds of the scene you’re watching — an airplane passing overhead, or the subtlety of the wind rustling tree leaves all around you,” he wrote. “Having the extra dimension of immersive audio is a game changer for experiencing the realism of a story.”

On her personal Facebook page, Manohla Dargis, chief film critic of The New York Times wrote: “The flat-out wonderful Okja, from Bong Joon-ho, is a heartfelt, exciting, funny, scary (sometimes very), beautifully directed and profoundly moral tale of a girl and her pig; and a pig and her girl. It's about the world we live in and the world we desperately fight for. And please try to see Okja on the big screen, where it belongs. It opens in theaters today and is also now on Netflix, but, truly, this is a movie made to be seen in cinemas.”

Netflix and Plan B Entertainment acquired the film in November 2015. Production started in February 2016 with a $50 million budget. Darius Khondji was cinematographer. 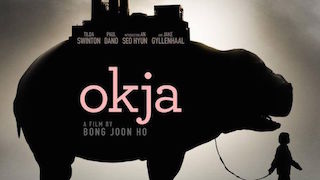 Okja had its world premiere at this year’s Cannes Film Festival to mixed reactions. Most of the critics were angered by the fact that Netflix doesn’t release its films to French movie theatres.  Despite the admittedly negative response to Netflix, the film itself received a four-minute standing ovation at its premiere. Okja currently holds an 84 percent approval rating on Rotten Tomatoes.

Dolby Atmos delivers an immersive sound experience that places and moves audio anywhere around you, including overhead, so that viewers feel as if they are in the middle of the story. Leveraging the high-dynamic range innovation that powers Dolby’s most advanced cinemas around the world, Dolby Vision transforms the TV experience in the home by delivering greater brightness and contrast, as well as a fuller palette of rich colors using dynamic metadata and Dolby’s intelligent display mapping engine in each playback device.

The combined Dolby Atmos and Dolby Vision streaming experience from Netflix will be available on 2017 LG OLED TVs pending an update soon.

Today on Xbox, consumers can access Dolby Atmos content when connecting their console to a Dolby Atmos enabled home theater system, TV or soundbar, or via headphones using the new Dolby Atmos for headphones feature available for purchase through the Dolby Access app in the Xbox Store. The 2017 lineup of LG OLEDs already have built-in Dolby Atmos capabilities that create an immersive soundscape around you without the need to connect to an external Dolby Atmos enabled system.

Over time, Netflix plans to roll out support to additional devices, making the Dolby Atmos and Dolby Vision combined experience more accessible to Netflix members around the globe.