PVR and INOX to Merge 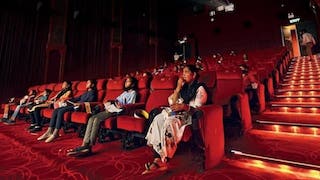 India’s two largest move theatre chains – PVR and INOX – have announced that they plan to merge to form one giant entertainment company. Both PVR and INOX are public listed companies engaged in cinema exhibition, related food and beverages and allied activities. "The proposed amalgamation would be in the best interest of the transferee company and the transferor company and their respective shareholders, employees, creditors, and other stakeholders," the companies said in filing the merger plan.

That filing plan said the amalgamation will result in consolidation for the long-term sustainability of the business; create value for stakeholders including respective shareholders, customers, lenders and employees as the combined business would benefit from increased scale, innovations in technology and expanded reach with increased growth opportunities, higher cross-selling opportunities to a larger base of customers, improvement in productivity and operational efficiencies, amongst others; and accelerate growth and expansion into Tier-2 and Tier-3 cities and take modern multiplex experience across more states and towns across India.

The amalgamation will be subject to approval of the shareholders of INOX and PVR, stock exchanges, SEBI and other regulatory approvals as may be required, the companies said in a joint release.

Post the merger, the promoters of INOX will become co-promoters in the merged entity along with the existing promoters of PVR. Upon effectiveness of the scheme, the board of directors of the merged company would be re-constituted with total board strength of 10 members and both the promoter families having equal representation on the board with two board seats each.

The combined entity will be named PVR INOX Limited with the branding of existing screens to continue as INOX and PVR respectively. New cinemas opened post the merger will be branded as PVR INOX.

With consumers at the core of the decision, the merger would focus on using the strengths of both the organizations to provide an exceptional customer service and cinema experience to Indian moviegoers, the release said.

"While strongly countering the adversities posed by the advent of various [over the rop] platforms and the after-effects of the pandemic, the combined entity would also work towards taking world-class cinema experience closer to the consumers in Tier 2 and 3 markets," it added.

Commenting on the merger, PVR chief managing director  Bijli said, "This is a momentous occasion that brings together two companies with significantly complementary strengths. The partnership of these two brands will put consumers at the center of its vision and deliver an unparalleled movie-going experience to them."

"The film exhibition sector has been one of the worst impacted sectors on account of the pandemic and creating scale to achieve efficiencies is critical for the long term survival of the business and fight the onslaught of digital OTT platforms," he added.