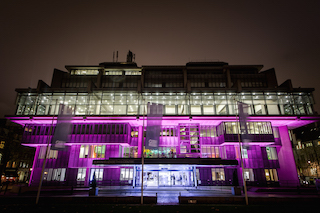 Event cinema has come a long way since its earliest days more than a decade ago. The challenge now is to push the boundaries of event cinema to find new content, new concepts that can attract and sustain even larger audiences. To that end, the Event Cinema Association’s annual day-long ECA Conference & Awards session will be held in London this Friday February 3 at the QE11 Centre in central London, near Parliament Square in Westminster. The conference, now in its fourth year is the only event of its kind in the world. To learn more about the association, the conference and the event cinema business in general I spoke with Melissa Cogavin, the ECA’s managing director.

First, an overview of the conference:

The goal of ECACon 2017 is to bring together the brightest and best of the event cinema industry to network, exchange best practice and, for the first time, to experience product presentations of event cinema content offered by ECA distributor and content producer members. They will have the opportunity to showcase their upcoming content for 2017 to more than three hundred delegates from 20 territories worldwide. In addition the ECA will be recognizing excellence in exhibition, distribution and outstanding contribution via the ECA Awards. Nick Wallis of BBC1’s The One Show will once again be presenting the awards.

A packed day of workshops will include an event cinema master class aimed at students, graduates and second jobbers looking to learn more about this sector. This workshop will provide established players with a pool of high caliber talent to network with on the day. Also there will be workshops on the art of negotiation, training the supply chain and an intense hour titled Pushing the Boundaries exploring novel events and achievements in this sector in the last 12 months.

The day will also include sponsor presentations from the sector’s technical partners as well as a full range of retail sponsors offering an exciting range of food and beverages aimed at the exhibition market. 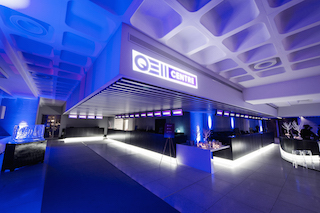 Digital Cinema Report: What’s the value of your conference for people interested in event cinema?

Melissa Cogavin: I would say the people involved in event cinema are our best resource. Attendees of previous conference have called the networking opportunities we give people at our events the thing they value the most. Regardless of clever little mechanisms like Google Groups you can’t recreate that online. The best thing about the event cinema industry is the people who are involved in it.  When I got involved in it eight years ago I was immediately struck by the total lack of hierarchy across the event cinema world. It’s largely populated by start-ups and the creativity and vision of these early pioneers set the tone for much of the development of the industry going forward. While there is competition amongst the community, it is a community nonetheless.

DCR: Who attends the conference?

MC: We’ve grown a lot as an organization – 50 new members in 2016 alone – and this year we have a good cross-section of distributors and exhibitors from the UK and overseas. We also have good representation from all the other links in the supply chain from content producers at one end, technical providers, special effects agencies, PR companies, and independent exhibitors. In addition we wanted to offer our delegates the chance to speak to some of these experts in a confidential one-to-one session we’ve called ‘surgery.’ In these sessions, which are booked in advance, you can get legal advice, talk to the Department of Trade & Industry about export and funding (never more necessary now that we are on the Brexit thrill-ride), PR and marketing, social media, technology right across the production and exhibition landscape and even recruitment. The business is expanding so all of the above will affect your business if you’re in the business. It’s been very popular and most sessions are fully booked now.

DCR: What steps is the ECA taking to provide for growth? MC: The association feels strongly that we need to look far into the future and create opportunities for training for recent graduates or second jobbers looking to find opportunities in event cinema. I’ve done a number of lectures for students now and we have several academics who are members of the ECA all of whom agree that we need to make provisions for the younger talent coming up. We need to make sure they have all the opportunities and training they need to flourish; we all stand to benefit from that. The new talent can network with the established companies in a bespoke environment over a nice lunch. We’ve approached a number of universities and colleges to attract students this year and we’re offering an Event Cinema Masterclass for precisely this kind of new audience.

DCR: What lessons have you learned about event cinema and the association?

MC: I would never have believed that the association would become such a diverse organization. It really surprises me how many different kinds of companies and lines of business find the membership valuable. The introductions and networking they gain from the association is the principal benefit. I’ve also learned that there are only so many hours in the day and having a brilliant team around you makes a massive difference; the ECA would be nothing without them. It’s hard work but a lot of fun. In real terms, though, we are looking to expand our workforce so we can concentrate on our members’ needs in addition planning events and doing day-to-day tasks. Without the members we are nothing and we’re taking steps to ensure that all their needs are met. To that end we’ll be hiring another part time person in the near term.

DCR: What does the future hold for event cinema?

MC: I think the industry has settled somewhat over the last year but we are still in a period of flux. The arts providers are still doing great business and if there’s a recognizable star like Benedict Cumberbatch or Helen Mirren in an NT Live play then we can predict a sure fire hit. The danger is relying on that because then the innovation slows.

I’m pleased to say that in the last few months we’ve seen some amazingly innovative and bold experiments that have paid off. Fathom Event’s feature film Lost in London Live with Woody Harrelson is the most recent example of that. I was lucky enough to be on set while it was being filmed in a single take and broadcast live to more than 500 theatres in the U.S. and London. It was such a privilege to be that close to the action. We need more of this kind of innovation to keep audiences engaged and to drive the industry forward. We’ll be discussing that other innovations in our Pushing The Boundaries presentations at the ECA Conference.

We look forward to seeing everyone there. Click here to register http://eventcinemaassociation.org/events/ecacon/2017/index.html