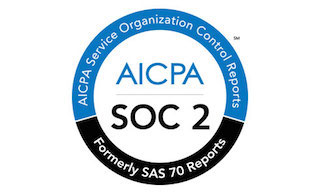 Prime Focus Technologies has secured a Service Organization Control (SOC) 2 certification and expanded upon its ISO/IEC 27001:2013 certification for Information Security Management Systems (ISMS). These certifications assure clients that PFT meets some of the highest standards for security, availability, confidentiality and processing integrity controls in the Media and Entertainment industry.

In addition, PFT expanded up its ISO 27001 certification, one of the most widely recognized, internationally accepted, independent security standards. This certification applies to all PFT locations and solutions including its hybrid cloud technology, content processes and data centers serving its Clear Media ERP Suite and Cloud-enabled Media Services. As one of the first media and entertainment industry-focused cloud technology solutions providers to achieve this certification back in 2014, PFT has focused on continually improving its security credentials, resulting in an expanded certification globally in 2015.

Deloitte Haskins & Sells LLP independently conducted PFT’s SOC 2 examination for the period of May 1, 2014 through January 31, 2015. The ISO 27001 Certification is issued by the British Standards Institution, the national standards body of the UK and one of the premier accreditation firms in the world.

“With more than 1.2 million hours of content under management on cloud, the security and integrity of our systems is incredibly important,” said Ramki Sankaranarayanan, founder and CEO of Prime Focus Technologies. “Compliance with the SOC 2 standards requires strict internal policies related to our software development, storing and accessing data and security across systems. Our clients know and rely on our security and compliance measures to ensure their content is secure at all times.”