Playtime Posted at The Look on Mistika 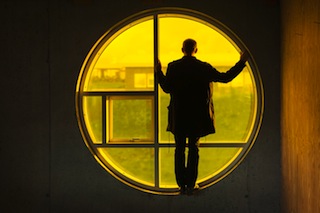 The Look has finished Playtime, a 70-minute, seven-screen artwork installation created by celebrated video artist Isaac Julien. Designed to explore the relevant and dramatically nuanced subject of capital, the creatively and technically challenging feat is available for viewing January 24 through March 1 at Victoria Miro Gallery in London before being showcased around the world.

The seven-screen projection is made up of five films at 5K resolution with 30Tb of Red material conformed on The Look's Mistika system. Colorist Thomas Urbye graded from the Raw Red files using Mistika's advanced grading toolset, initially grading each screen, and then combining all seven into Mistika's unique grouping mode for client review on The Look's 4m projection screen. Complex visual effects were completed by The Look's VFX partners Lexhag and imported into Mistika to maximize the dynamic range.

The Look managing director and colorist Thomas Urbye said, "This was one of the largest projects we have ever worked on, 70 minutes of 5K is daunting enough, but multiply it by 7 and you have a truly epic project.  The Mistika's ability to work from the Red files so well, and at such a high resolution, meant that it was perfectly suited to this kind of project. The piece was as creatively challenging as anything I've worked on, Isaac Julien is one of the world's leading video artists and this work is eagerly anticipated in the art world.  Great care has been taken to make the images seen in these films as breathtaking and moving as possible."

The films were shot in London, Dubai and Iceland on the Red Epic and feature James Franco, Colin Salmon, Maggie Cheung, Ingvar Eggert Sigurğsson and Mercedes Cabral. A shorter single screen version of the work was shown in New York's Time Square in December and at Metro Pictures Gallery.