PlantPure Nation Set for June 25 Release in U.S. and Canada 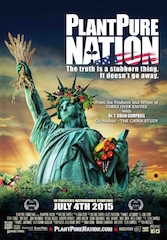 The documentary feature film PlantPure Nation will premiere June 25 at The Arclight Hollywood. Written and directed by Nelson Campbell and including the producer and writer of Forks Over Knives, the 95-minute film examines the political and economic factors that suppress information on the benefits of plant-based nutrition, while making the connections of this idea to larger issues such as medical practice, farming, and food deserts. The film's story follows three people working to spread the word about one of the most important health breakthroughs of all time.

The filmmakers hope to use PlantPure Nation to create a broad grassroots movement.  PlantPure Nation Foundation, a nonprofit organization, will establish local chapters called PlantPure Pods in cities and towns across North America. Members of these chapters will help to plant seeds of change around the message plant-based nutrition in their communities.  One tool they will use in this effort will be the same ten-day jumpstart program featured in the film, to give people the experience of a whole food, plant-based diet. 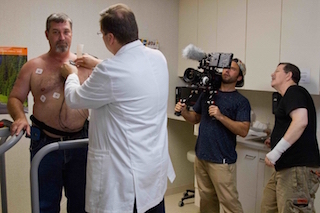 In launching the film this summer, a unique marketing strategy has been adopted.  In addition to the regularly scheduled cinema events, people interested in forming a PlantPure Pod will be able to request the film to screen it in their town or city.  Working together, they will promote screenings, and then use each showing for the larger purpose of launching a local chapter.

A companion to the documentary, The PlantPure Nation Cookbook authored by Kim Campbell includes more than 150 whole food, plant-based recipes and a behind-the-scenes look at the film.

PlantPure Nation was filmed across the United States and features Dr. T. Colin Campbell leading a list of world-renowned experts, doctors and authors who speak on the topic. The production team includes producer John Corry, writer Lee Fulkerson from the acclaimed documentary film Forks Over Knives.