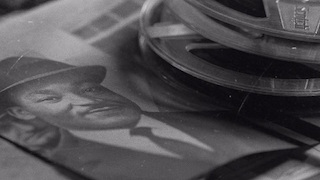 Final post-production for Justice for MLK: The Hunt for James Earl Ray, a two-hour documentary that premiered recently on the American Heroes Channel, was completed at Pixel Underground, a Sim Group company. The facility handled online, final color grading and deliverables. It also provided graphics services, creating the main title as well as dozens of artfully animated elements that appear throughout the show. Produced by Cream Productions in association with Absinthe Film Entertainment, Justice for MLK centers on the final days of Martin Luther King’s life and the tense, 65-day manhunt that led to the capture of his killer. Directed by Michael DeCarlo, the documentary is composed of archival footage, interviews with people familiar with King, Ray and the police investigation, and historical reenactments.

Graphic elements, created by Pixel Underground, were based on materials related to the King assassination—news clippings, police records, crime scene photographs and other historic artifacts. They serve both as a bridge between scenes and provide important information about the course of the investigation. Some, for example, feature animated maps that track Ray’s movement as he attempted to elude police.

“Executive producer Richard Curson Smith wanted the graphics to be organic and an integral part of the history that was unfolding,” recalls Pixel Underground vice president/creative director Marcus Valentin. “He wanted it to appear as though we are in the office of a police investigator and that these surveillance photos and wrap sheets are items lying on his desk.” 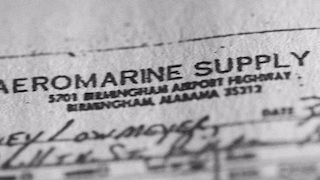 “The graphics orient people in the story,” adds Cream Productions post-production supervisor Shawn Gerrard. “Pixel Underground did a great job in making them fit the time period and feel like they are a part of that world. That’s where they really shined.”

Valentin and lead VFX/motion graphics artist Patrick Kirschner came up with an approach for producing the graphics that combined traditional photographic techniques with digital enhancement.  “If the graphic involved a map, we’d create a map, print it, place the map on a table and shoot it with camera movement,” Valentin explains. “We’d then add film grain and scratches…and maybe make it jittery. If there was something we were highlighting, we would animate it. It was made to look like it was inked into the paper.”

The graphics team shot items using variations on classic animation-stand techniques. Most of the photographs and documents were actual archival material. Where those were unavailable, artists produced facsimiles. Additionally, Valentin visited a local prop shop and acquired old telephones, tape recorders, typewrites and other period items. These were placed on the periphery of shots to heighten the sense of time place.

“In its simplest form, we’d shoot something and then do some layering, adding atmospheric elements in After Effects to make the shot element appear to be floating through space,” Valentin notes. “It might be dust or glass, something to give it another layer so it wasn’t just shot material.”

Valentin points to a photo of a stricken Martin Luther King lying on the balcony of the Lorraine Motel. “We did a classic layering effect where we cut out portions of the frame and added a parallax move to give it depth,” he says. “It makes elements within the frame appear three dimensional. We then added film grain and camera flares. It was a way to make the 2D photo seem more alive.”

“Every shot was different,” adds Valentin, “but they all had to have the right sensibility to merge and feel like a part of the history. The graphics might be cut against old 16mm or Super 8 footage of a Martin Luther King march and it had to be seamless.”

“Pixel Underground did a great job of getting it through the pipes,” notes Gerrard. “They provided creativity, technical acumen and a high level of service. It was a pleasure to bring this project there.”