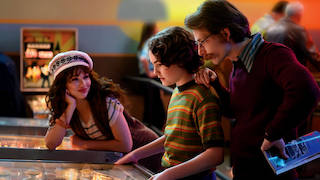 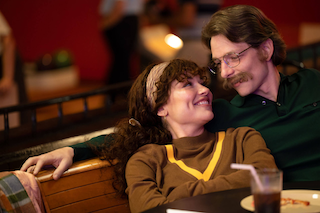 Based on actual events, Pinball centers on Roger Sharpe (Mike Faist), a GQ writer and pinball fanatic who, in 1976, played an instrumental role in overturning New York City’s 35-year ban on pinball. The film employs novel narrative techniques to delve into the history of the ban, which was based on an unfounded association between pinball and organized crime, and Sharpe’s persistent efforts to convince city leaders that pinball was a game of skill.

During final grading at Nice Shoes, Robinson helped capture the atmosphere of 1970s New York and quirky pinball subculture through inventive use of color. “Jon Keng established a very beautiful, strong and distinct look through his work,” recalls Robinson. “This is a warm and lighthearted film. We worked together while embracing its tone and saturated colors. The finished look is poppy, but also nuanced.”

“Marcy was a fantastic collaborator to work with on Pinball,” says the Bragg Brothers. “Her talent and dedication truly elevated the film. Cannot thank her and Nice Shoes enough."

The film also includes several historical reenactments of events from the 1940s when pinball was banned. Those scenes are rendered in grainy black & white as if they were archival media. “We modeled the look after actual news footage from the era, converting the imagery to black and white and adding grain and other artifacts,” Robinson recalls.

Final color grading, editorial finishing and deliverable production were completed to prepare the film for the festival circuit. “We had an incredible experience working with Nice Shoes,” says Link. “Everyone was committed to great storytelling and serving the independent film community. Marcy and the rest of the facility’s team met our deadline and took the film to the next level. We can’t wait for everyone to see it.”